What does Helmut mean?

[ 2 syll. hel-mut, he-lm-ut ] The baby boy name Helmut is pronounced as HHEHLMuw-T †. Helmut is used chiefly in English and German, and its origin is Germanic. A two-element name, it is derived from the elements 'helm' meaning helmet, protection ; 'muot' spirit, courage. The name was first invented in the late Middle Ages; today it is still a popular German name.

Helmut is a seldom used baby name for boys. It is not listed within the top 1000 names. 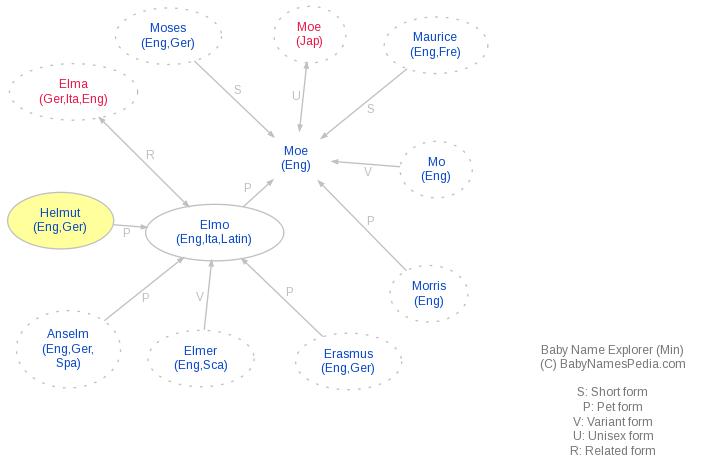