What does Hemma mean?

[ syll. hem-ma, he-mma ] The baby girl name Hemma is pronounced HHEHM-AH †. Hemma's language of origin is Germanic and it is predominantly used in German. It is derived from the word heim which is of the meaning 'home, homeland'. The name is known from Emma of Altdorf (808-876), also known as Hemma, who was the Queen consort of Eastern Francia and wife of Louis the German. Hemma is the feminine form of the German Heimo.

Hemma is not commonly used as a baby girl name. It is not in the top 1000 names. 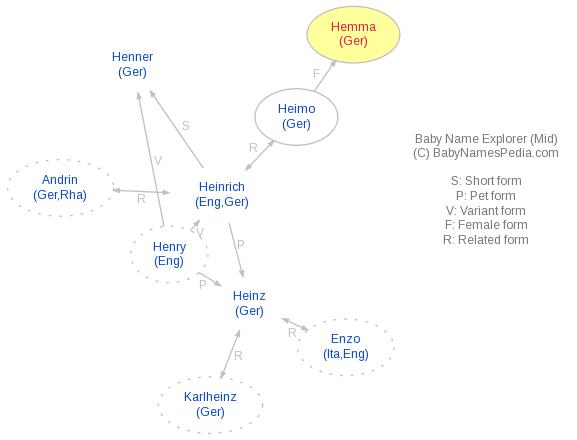