What does Hermenegildo mean?

[ syll. her-me-ne-gil-do, he-rmenegi-ldo ] The baby boy name Hermenegildo is pronounced as HH-ERMEHNihJHIHLDow †. Hermenegildo is a Portuguese and Spanish name of Gothic origin. The name is of the meaning immense tribute; complete sacrifice. A two-element name, it is derived from the elements 'ermen' meaning whole, immense, universal ; 'gild' sacrifice, tribute. The name was borne by Saint Hermenigild (564-585), who was the son of the Visigothic king Leovigild; his martyrdom was the catalyst in the conversion of the Visigoths from Arianism to Catholicism. The name Hermenegilda is the female form of Hermenegildo.

Gildo (Italian and Spanish pet form) is another variant of Hermenegildo.

Hermenegildo is not regularly used as a baby name for boys. It is not listed in the top 1000 names. 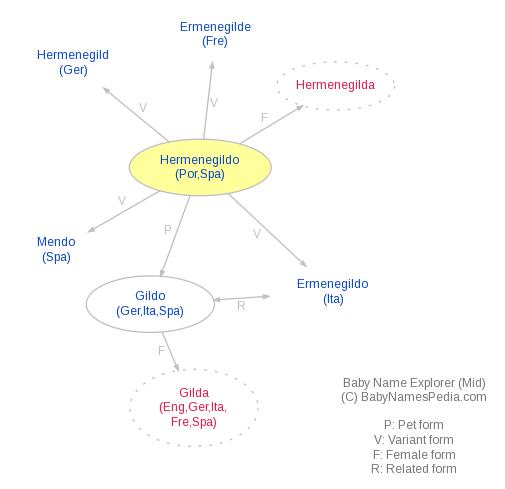