What does Hermes mean?

[ 2 syll. her-mes, he-rm-es ] The baby boy name Hermes is pronounced as HHAHR-MiyZ (English) †. Hermes is used predominantly in the English, German, Greek, and Italian languages, and it is derived from Old Greek origins. Hermes (Old Greek) is an old form of Hermes. The name is of obscure origin; it could be derived from 'herma' (meaning cairn, heap of stones). It was borne in Greek mythology by the Olympian god of travellers. He was also the messenger of the gods and the patron of boundaries, shepherds, orators, poets, athletes, inventors, thieves, and liars. The name Hermia (German, Hungarian, and Latinized) is the female version of Hermes.

Hermes is unusual as a baby name for boys. It is not listed in the top 1000 names. 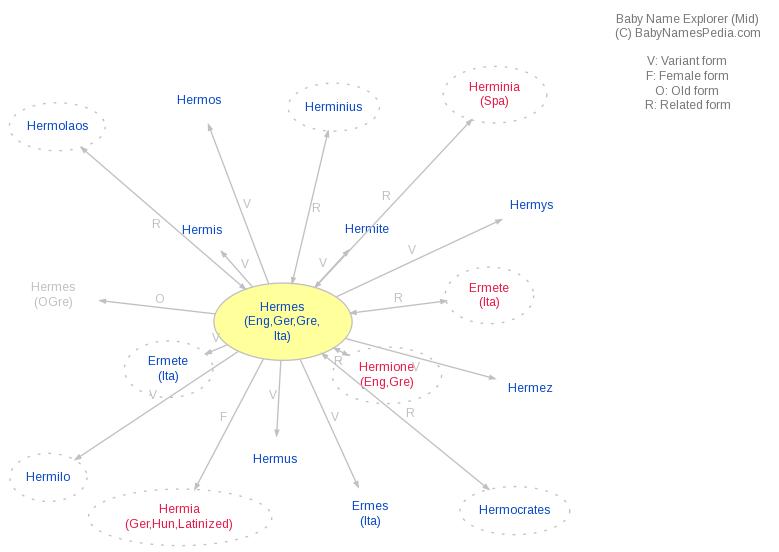