What does Hermia mean?

[ 3 syll. her-mia, he-rm-ia ] The baby girl name Hermia is pronounced HH-erMIYaa- †. Hermia has its origins in the Old Greek and Germanic languages. It is used largely in the German, Hungarian, and Latinized languages. Old Greek origin, German and Hungarian use: It is derived from the word herma with the meaning 'cairn, heap of stones'. The name is a Latinate form of Hermes, the name of the Greek messenger god. It was first adopted by English speakers in the medieval period, and it has appeared in Shakespeare's play A Midsummer Night's Dream (1594-1596).

Hermia is a form of the French and German Hermine in the Latinized language.

Hermia is the feminine form of the English, German, Greek, and Italian Hermes.

Hermia is not often used as a baby girl name. It is not in the top 1000 names. 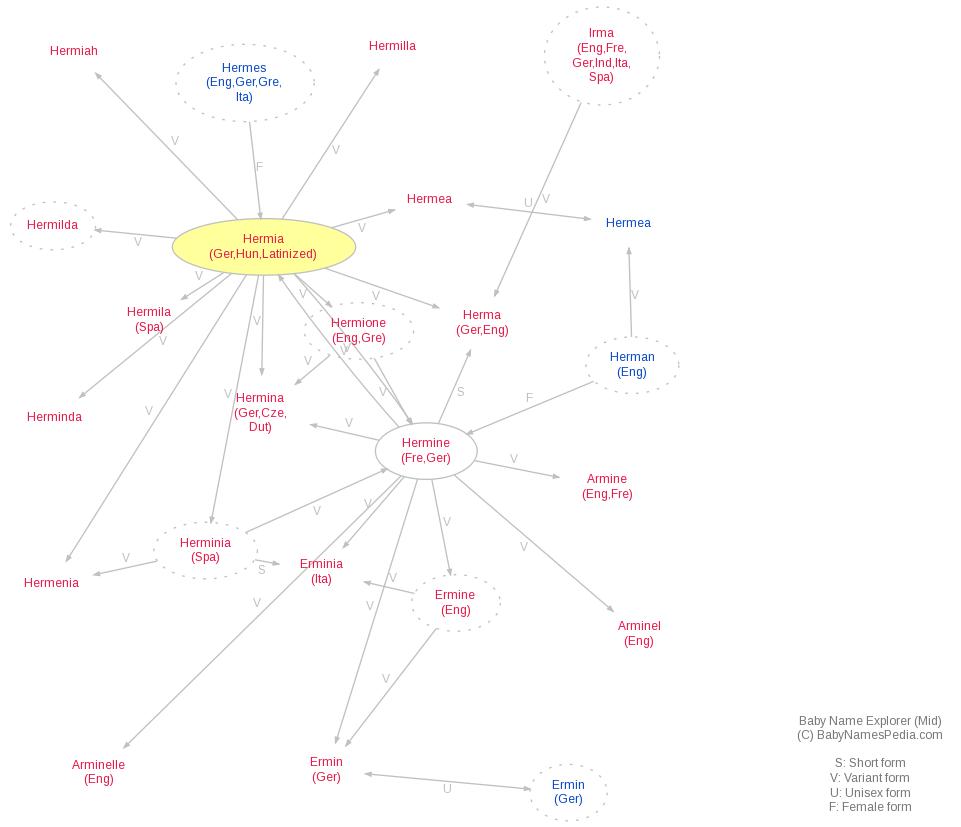