What does Hermine mean?

[ 3 syll. her-mi-ne, he-rm-ine ] The baby girl name Hermine is pronounced in German as HHehR-MIY-Nah †. Hermine has its origins in the Old Greek, Germanic, and Latin languages. It is used largely in French and German. From Germanic roots, its meaning is 'army man'. A two-element name, its meaning is derived from . In Germany, the name can be Latinized as Hermia.

Hermine is a form of the German, Hungarian, and Latinized Hermia.

Hermine is also a French and German form of the Spanish Herminia.

Hermine is also a French form of the English and Greek Hermione.

Hermine is the feminine equivalent of the English Herman.

Another form of Hermine is the German shortening Herma.

Hermine is unusual as a baby girl name. Its usage peaked modestly in 1910 with 0.008% of baby girls being named Hermine. It was #743 in rank then. The baby name has experienced a decline in frequency since then, and is used only on a very light scale now. Among all girl names in its family, Hermine was nevertheless the most popular in 2018. 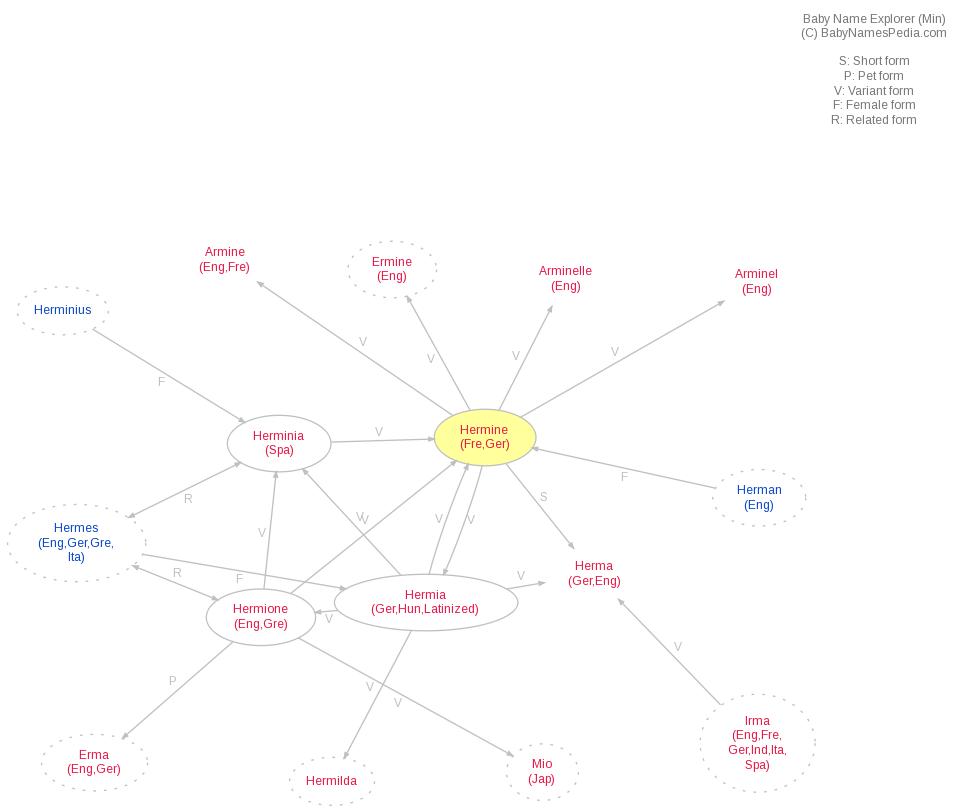