What does Herminia mean?

[ 4 syll. her-mi-nia, he-rmin-ia ] The baby girl name Herminia is pronounced eh-RMIY-Niy-aa- †. Herminia is of Old Greek and Latin origin. It is used mainly in Spanish. From Latin roots, its meaning is 'of Hermes'. The generic name has been used in Roman mythology.

In addition, Herminia is a Spanish form of the German, Hungarian, and Latinized Hermia.

Herminia is also a form of the English and Greek Hermione.

Herminia is the feminine equivalent of the name Herminius.

Forms of Herminia include the name Hermenia, the French and German Hermine, and the Portuguese Hermínia.

Another variant of the name is the Italian contracted form Erminia.

Herminia is uncommon as a baby girl name. At the modest height of its usage in 1929, 0.008% of baby girls were named Herminia. It was #726 in rank then. The baby name has slipped in popularity since then, and is used only on an infrequent scale now. Within all girl names in its family, Herminia was nevertheless the most popular in 2018. 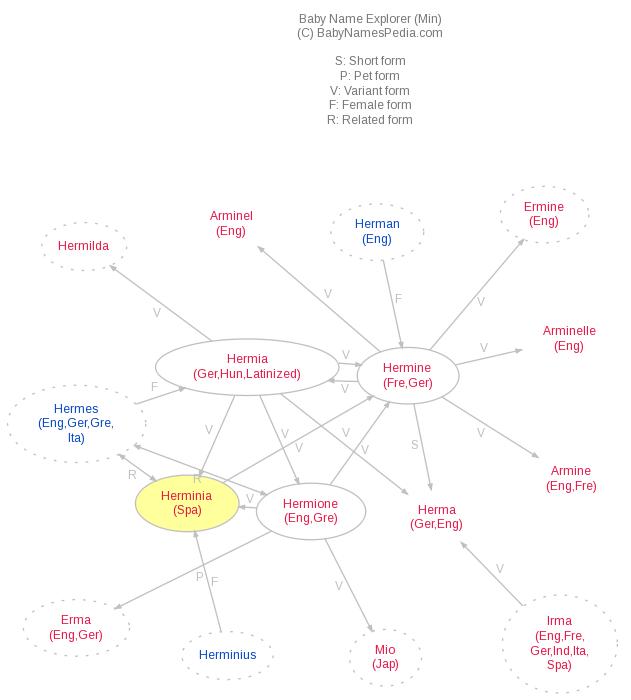