What does Hester mean?

[ 1 syll. hes-ter, he-st-er ] The baby girl name Hester is pronounced as HH-S-T-er †. Hester is mainly used in Dutch and English. Its language of origin is Old Persian. Biblical name: The name first developed as a form of Esther in the medieval period, but they are now often taken as two independent names. In literature, it has appeared in Nathaniel Hawthorne's novel The Scarlet Letter (1850) as the name of the heroine Hester Prynne.

Hester is a variant form of the Dutch, English, French, German, Hebrew, and Spanish name Esther in the Dutch and English languages.

Variant forms share both the origin and meaning of the name Hester.

Hester is an uncommon baby girl name. At the height of its usage in 1901, 0.063% of baby girls were named Hester. It was #230 in rank then. The baby name has fallen from favor since then, and is today used on a very modest scale. In 2018, within the family of girl names directly related to Hester, Esther was the most regularly used. The name Hester has been primarily given to baby girls, though it has also been used as a boy name in the last century. In 1901, 12 times more baby girls than boys were given the name Hester.

Baby names that sound like Hester include Hestar, Hestere, Hesther, and Hestur. 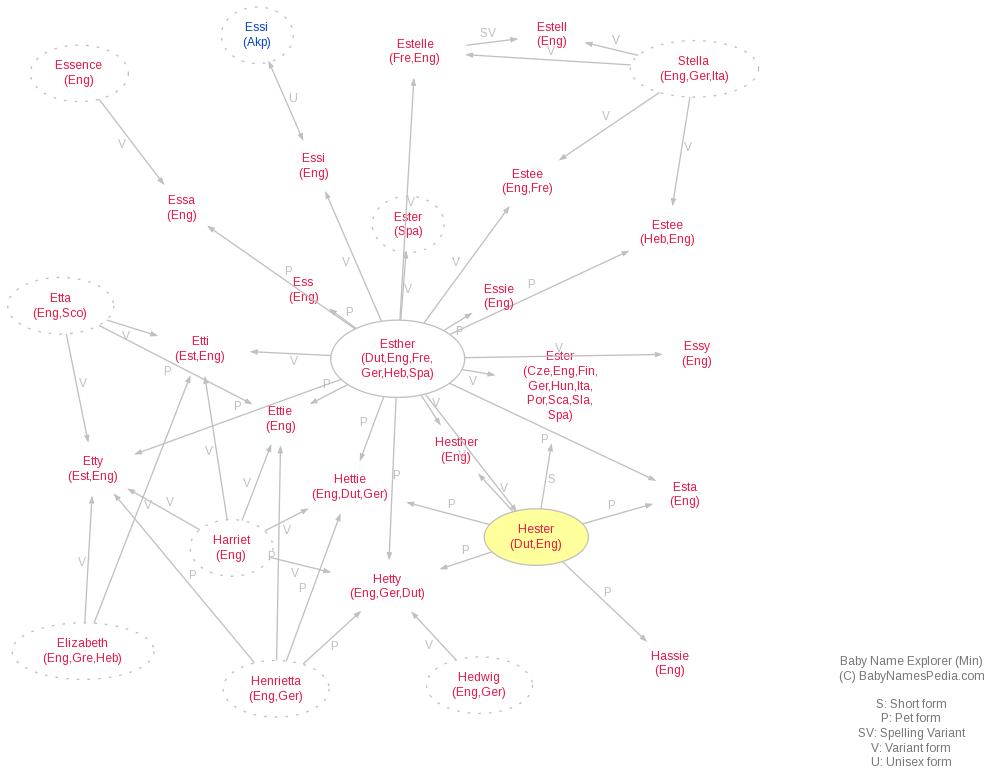