What does Hilda mean?

[ 2 syll. hil-da, hi-lda ] The baby girl name Hilda is pronounced as HHIHL-Dah in English or HHIHL-Daa in Dutch and German †. Hilda is used chiefly in the English, German, and Scandinavian languages, and it is derived from Germanic origins.

In addition, Hilda is a short form of the name Hildegard (English and German).

Variant forms share both the origin and meaning of Hilda.

Hilda is uncommon as a baby name for girls. At the modest height of its usage in 1903, 0.251% of baby girls were given the name Hilda. It ranked at #88 then. The baby name has since experienced a substantial fall in popularity, and is today of sporadic use. Within all girl names in its group, Hilda was nonetheless the most widely used in 2018. 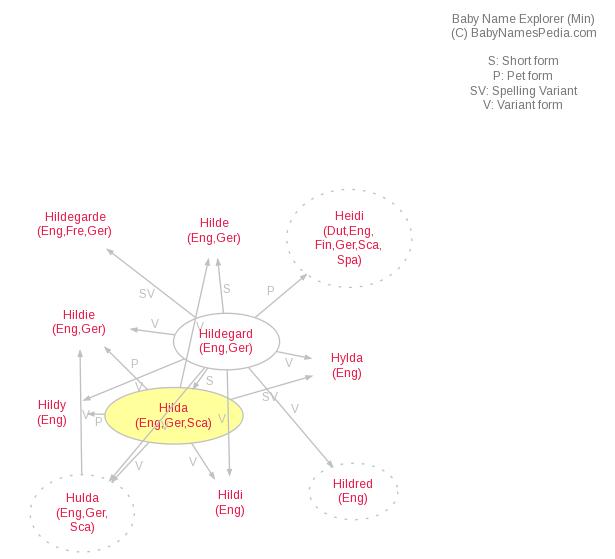