What does Hill mean?

[ 1 syll. hil(l), hi-ll ] The baby boy name Hill is also used as a girl name, but the use for boys is much more common. Its pronunciation is HHIHL- †. Hill is used predominantly in the English language, and it is derived from Latin, English, Hebrew, and Old English origins. English origin: Its meaning is derived literally from the ordinary word 'hill'. The first name originated as a surname of someone living on or near a hill.

In addition, Hill is a variant of the name Hilary (English).

Hill is also a short form of the name Hillel (Hebrew).

Hill is also a diminutive form of the name Hilton (English).

Hill is an uncommon baby name for boys. At the modest height of its usage in 1905, 0.008% of baby boys were given the name Hill. It ranked at #767 then. The baby name has since experienced a loss in popularity, and is currently of irregular use. Within all boy names in its group, Hill was nonetheless the most popular in 2018. In the past century Hill has mostly been a baby boy name. 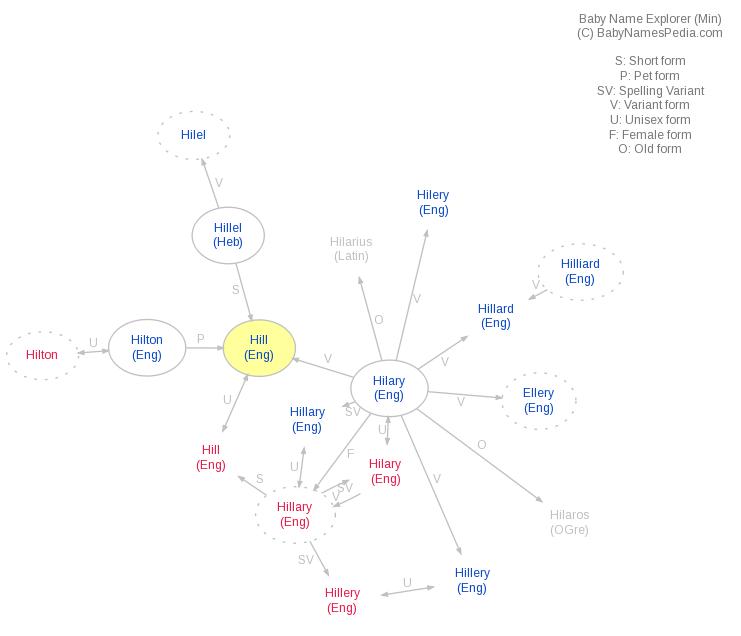