What does Hilliard mean?

[ 3 syll. hil-liar(d), hi-llia-rd ] The baby boy name Hilliard is sometimes used as a girl name. Its pronunciation is HHIHLLiy-aaRD †.

Hilliard is used predominantly in the English language and its origin is Middle English. The name is of the meaning from the enclosure on the hill.

Hilliard is of Germanic origin. The meaning here is brave in battle.

Hilliard is rare as a baby name for boys. At the modest peak of its usage in 1905, 0.009% of baby boys were given the name Hilliard. Its ranking then was #684. The baby name has since fallen in popularity, and is currently of infrequent use. Out of all boy names in its group, Hilliard was nonetheless the most regularly used in 2018. 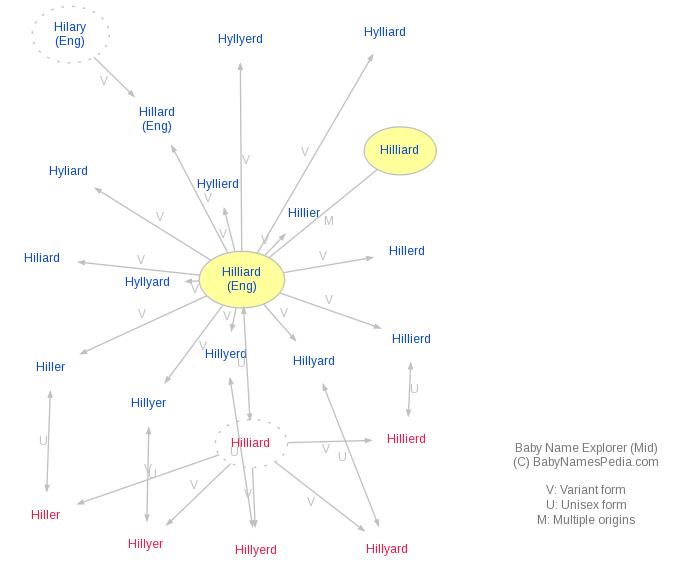