What does Holly mean?

[ 2 syll. hol-ly, ho-lly ] The baby girl name Holly is also used as a boy name, though it is far more popular for girls. It is pronounced as HHAAL-iy- †. Holly is of English origin and it is also used mainly in English. Its meaning is derived from holly ; holy. The first name could have evolved from the name of the evergreen shrub or tree, or else from the common English word holy. The first name was adopted by English speakers at the end of the 19th century. The name is commonly given to girls born around the Christmas season, where sprigs of holly are used for indoor decorations.

Holly is an all-time favorite. Currently it is still rather popular as a baby girl name, but to a lesser degree than it was in the past. The name grew in popularity from the 1930s up to the 1980s. Its usage peaked modestly in 1983 with 0.357% of baby girls being named Holly. It had a ranking of #48 then. The baby name has experienced a marked drop in frequency since then. In 2018, it ranked at #509 with a usage of only 0.033%, but it was nevertheless the most widely used among all girl names in its family. Holly has in the last century been mainly given to baby girls. 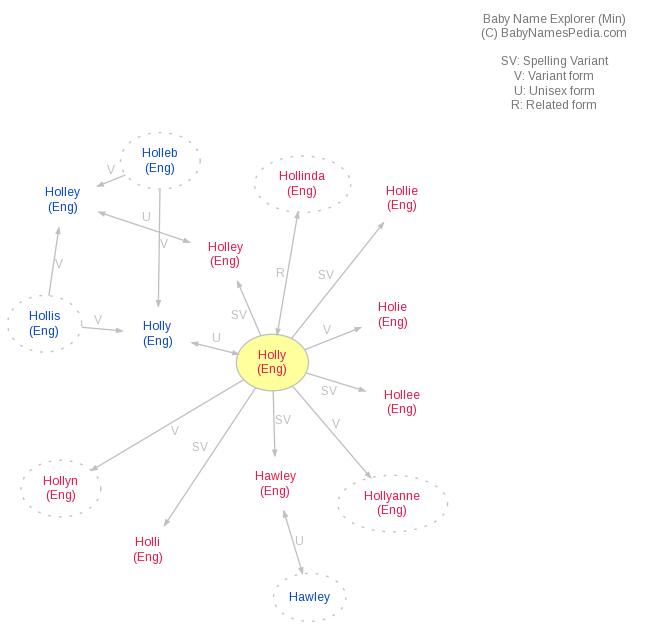