What does Honey mean?

[ 2 syll. ho-ney, hon-ey ] The baby girl name Honey is also used as a boy name. It is pronounced as HHAHN-iy- †. Honey is of English and Latin origin. It is used mainly in English. English origin: It is from honey ; huneg which means 'honey'. The name is from the common English word; it was originally a nickname that has been used as a term of endearment since the medieval period. Honey was itself used widely as a sweetener then, as sugar was not available till the 16th century. The modern form of the word is itself derived from the Old English huneg. The name Honey could also be derived from the name Honoria. Its popularity has in recent times been boosted by its appearance in the famous Margaret Mitchell novel Gone with the Wind (1936) and the subsequent award-winning film (1939).

In addition, Honey is a familiar form of the English and Irish Honora.

Honey is uncommon as a baby girl name. It is not in the top 1000 names. 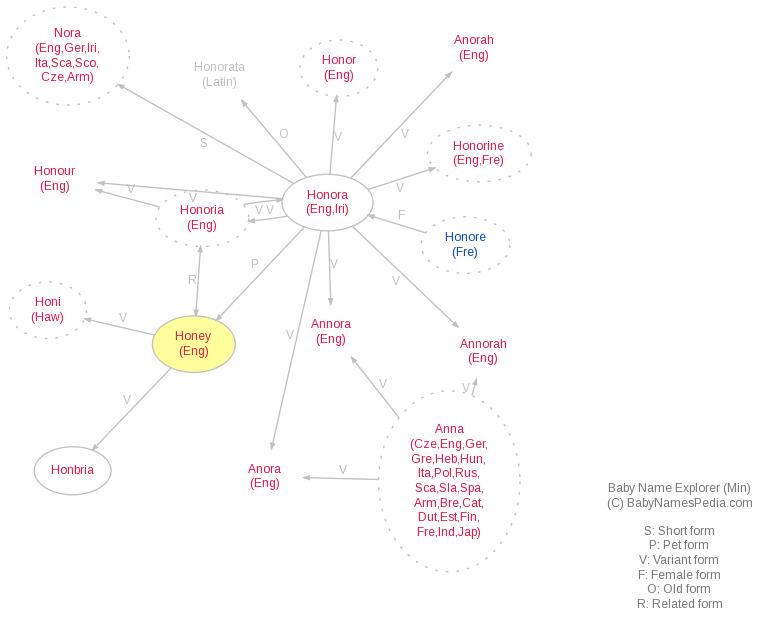