What does Honora mean?

[ 3 syll. ho-no-ra, hon-ora ] The baby girl name Honora is pronounced aaNNAOR-aa- †. Honora is of Latin origin. It is used mainly in English and Irish. The meaning of Honora is 'honored, honorable'. It is derived from the word honor with the meaning 'honor, valor'. An older form of the name is Honorata (Latin). From the Roman nickname.

Honora is the feminine form of the French Honoré.

Honora is not often used as a baby girl name. It is not in the top 1000 names. Within the family of girl names directly related to Honora, Nora was the most commonly used in 2018. 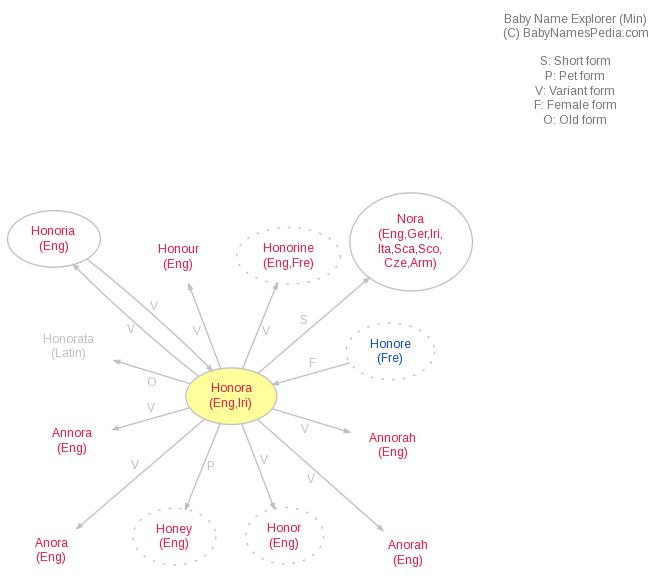