What does Honoria mean?

[ 4 syll. ho-no-ria, hon-or-ia ] The baby girl name Honoria is pronounced aaN-AOR-iy-aa- †. Honoria has its origins in the Latin language and it is used largely in English. The meaning of Honoria is 'honored, honorable'. It is derived from the word honor with the meaning 'honor, valor'. An older form of the name is Honoria (Latin). The name was borne by several early saints.

Honoria is a form of the English and Irish Honora.

Honoria is the feminine form of the German Honorius.

Another variant of the name is the Akan familiar form Oney.

Honoria is not often used as a baby girl name. It is not in the top 1000 names. 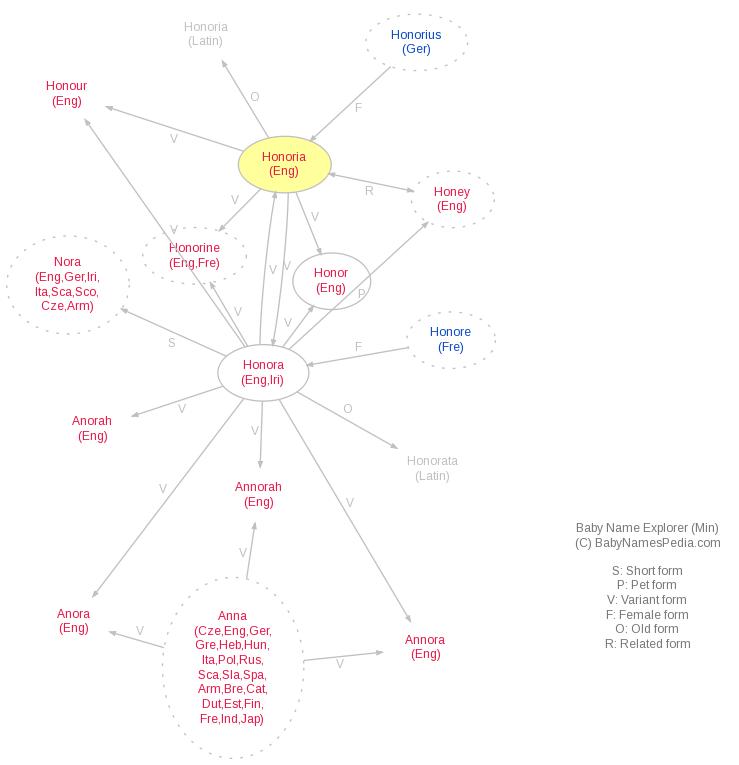