What does Hope mean?

[ 1 syll. ho-pe, hop-e ] The baby girl name Hope is also used as a boy name, though it is far more popular for girls. It is pronounced as HHaaP- †.

Hope has its origins in the English language and it is also used largely in English. It is from hope ; hopa which means 'hope'. The name is derived from the common English word, which is itself from the Old English hopa. It is often associated with the Christian expectation of the return of Jesus and eternal life. The name was consequently adopted by English Puritans after the Reformation, along with other 'virtue' names. Faith, Charity and Hope, known as the three Christian virtues, have sometimes been used as names for triplets.

Hope's origin is Old English. It is from the word hop with the meaning 'enclosed valley'. The first name has occasionally been derived from the English surname, which is itself of the Old English dialect term 'hop'. 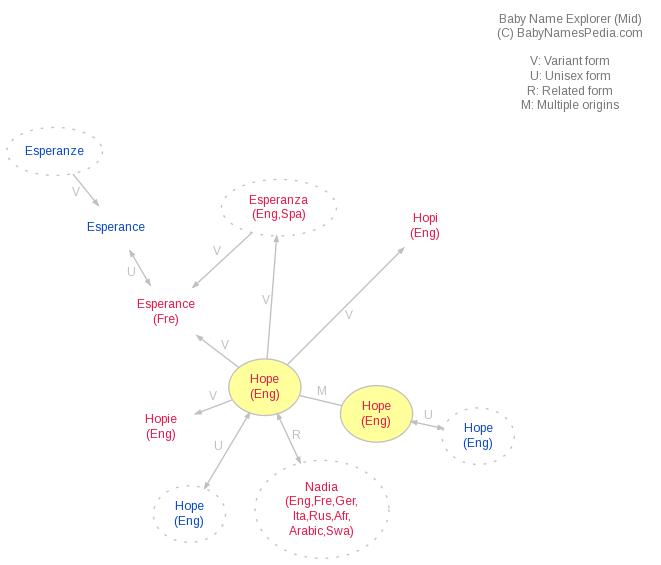