What does Howell mean?

Howell is an English and Welsh name of Old Welsh origin. The name means eminent, conspicuous. The first name can be a direct Anglicization of the personal name Hywel, or it can be derived from the English surname Howell. The latter is in turn derived from the personal name Hywel. The first name has been adopted by English speakers since the mid-19th century.

Howell's language of origin is Old English. The meaning here is Huna's pool. The surname Howell can also be derived from the place name of Howell in South Lincolnshire, which was recorded as Huuelle or Huwelle around the medieval period. The place name is itself a combination of 'Huna', an Old English personal name of the element 'hun' (meaning young animal, bear cub, Hun, warrior), and the element 'waell' (pool, stream, spring, well).

In addition, Howell is a variant form of the English name Hugh.

Howell is also a variant form of the Welsh name Hywel in the English and Welsh languages.

Howell is a rare baby boy name. At the peak of its usage in 1905, 0.010% of baby boys were named Howell. It was #649 in rank then. The baby name has experienced a fall in frequency since then, and is now used on a very modest scale. In 2018, out of the family of boy names directly related to Howell, Hugh was the most regularly used. 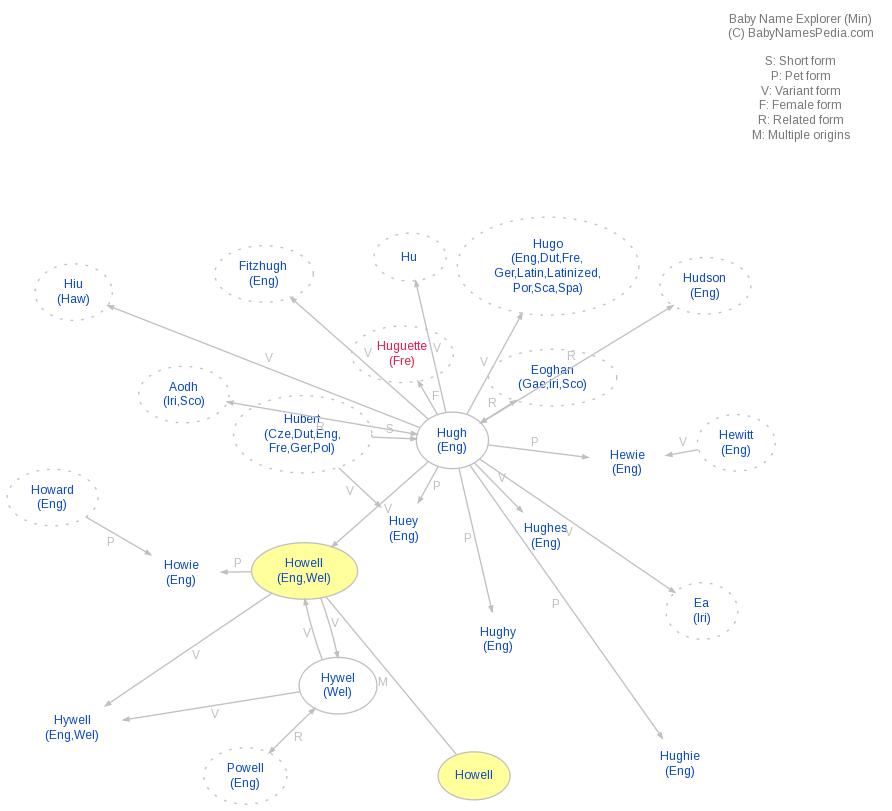