What does Humbert mean?

[ 2 syll. hum-ber(t), hu-mbe-rt ] The baby boy name Humbert is pronounced HHAHM-BahRT in English or ahM-BEHR in French †. Humbert's origin is Germanic, and its use, German. The name Humbert means 'famous Hun, famous warrior'. It is a two-element name derived from hun and berht with the meanings 'young animal, bear cub, Hun, warrior' and 'bright, famous' respectively. Hunbert (Germanic) is an older form of the name. The name was introduced by the Normans to England in the 11th century. It was somewhat more popular in continental Europe than in England during the medieval period. The name was borne by two kings of Italy in the 19th and 20th centuries. Its recent appearance as the name of the disturbed narrator and protagonist, Humbert Humbert, in the Vladimir Nabokov novel Lolita (1955) has diminished its popularity among English speakers.

Humbert is not often used as a baby boy name. It is not listed within the top 1000.

Baby names that sound like Humbert include Ambar, Umbar, Umber, Ambara, and Amparo. 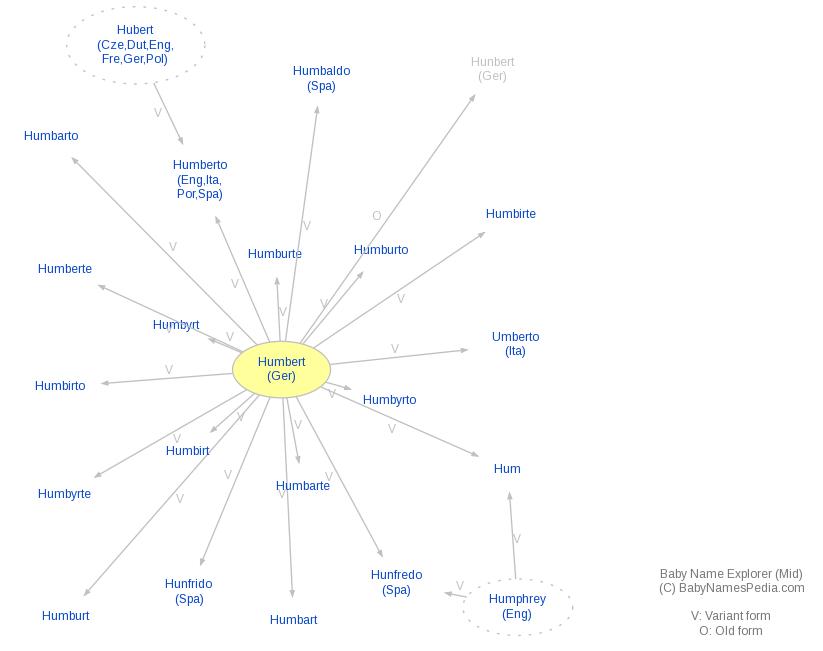