What does Hywel mean?

[ 2 syll. hy-wel, hyw-el ] The baby boy name Hywel is pronounced as HHAW-ahL or HHUW-WahL †. Hywel is largely used in the Welsh language and its origin is Old Welsh. The name means eminent, conspicuous. The name was borne by various early rulers of Wales, including the legendary King Hoel of Brittany, a relative and loyal ally of King Arthur, and the celebrated 9th-century King Hywel Dda (Hywel the Good). The latter is noted for his work on Welsh laws, known as the Laws of Hywel Dda. The name can be Anglicized as Howel or Howell, reflecting its pronunciation. It was a common name in the medieval period and it recently enjoyed a revival in the 20th century.

Hywel is a variant transcription of the name Howell (English and Welsh).

Hywyn (diminutive in Welsh) is another variant transcription of Hywel.

Hywel is an irregularly used baby boy name. It is not listed in the top 1000. 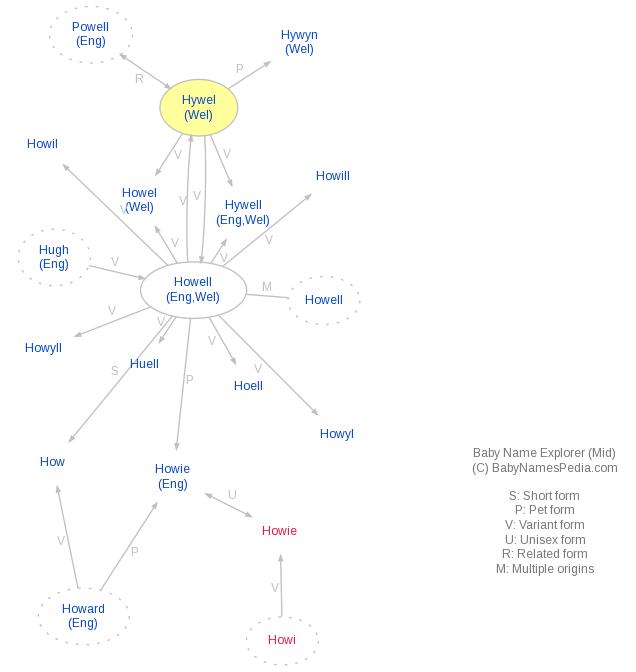