What does Ianthe mean?

[ 2 syll. ian-(t)he, ia-n-the ] The baby girl name Ianthe is pronounced YAE-N-THeh- †. Ianthe's language of origin is Old Greek, and it is predominantly used in English and Greek. It is derived from iole which means 'violet' ; anthos 'flower'. Ianthe (Old Greek) is an old form of the name. In Greek mythology, Ianthe was an ocean nymph, the daughter of the god Oceanus. In literature, the name was first used by Ovid in his 1st-century work Iphis and Ianthe, and later by Lord Byron in his narrative poem Childe Harold's Pilgrimage (1812-1818), Percy Bysshe Shelley in his philosophical poem Queen Mab (1813), and Walter Savage Landor in his love poems addressed to a lady named Ianthe. Shelley also gave the name to his first daughter.

Ianthe is not popular as a baby name for girls. It is not listed within the top 1000 names. 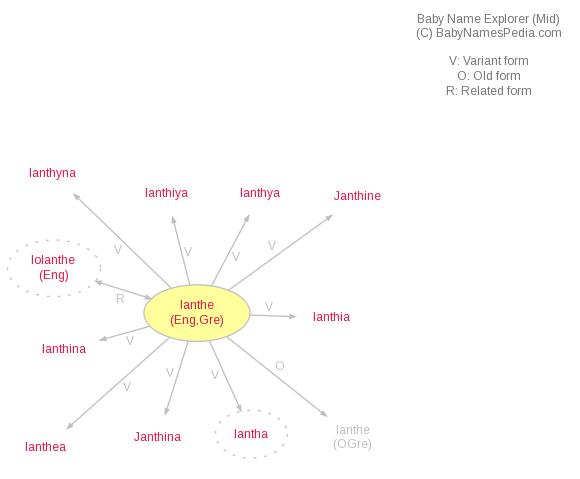