What does Ifor mean?

[ 2 syll. i-for, if-or ] The baby boy name Ifor is pronounced as AY-VaoR †. Ifor is used chiefly in the Welsh language, and its origin is Welsh and Old Norse. Welsh origin: This is a traditional name possibly derived from the element 'ior'. Ifor has sometimes been Anglicized as Ivor, despite the two names having different etymologies.

Ifor is a variant of the name Ivor (Irish, English, Gaelic, Scottish, Welsh, and Scandinavian).

Variant forms share the origin and meaning of Ifor.

Ifor is an unusual baby name for boys. It is not listed in the top 1000 names. 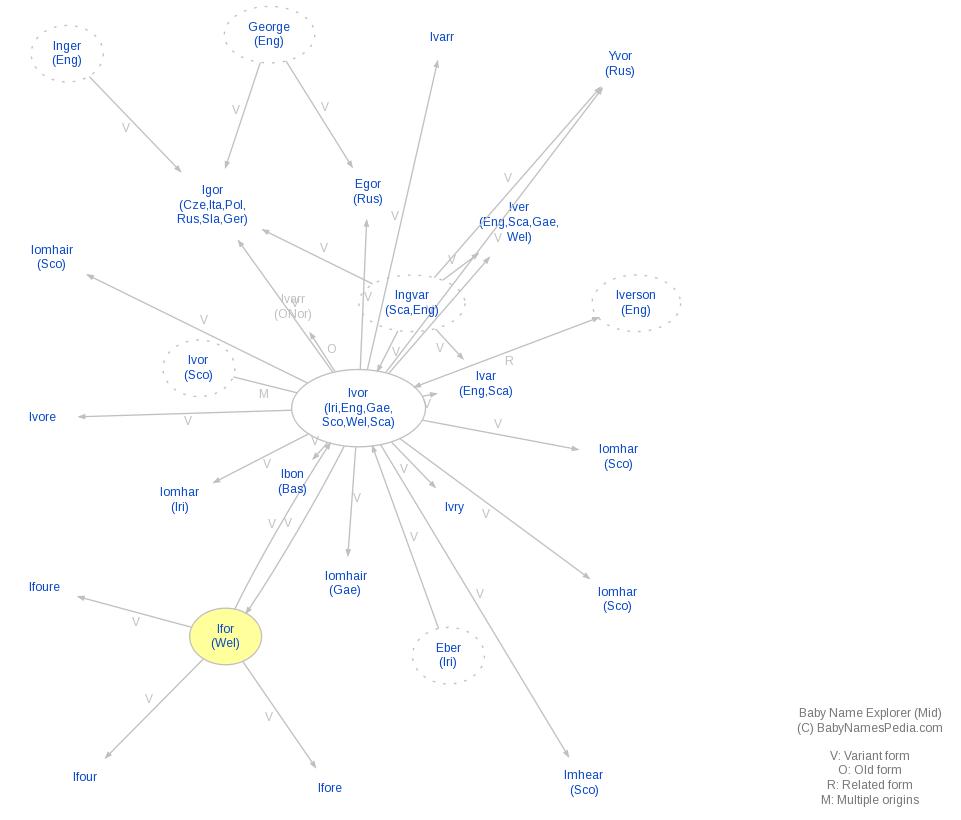