What does Ignacio mean?

[ 3 syll. i-gna-cio, ig-nac-io ] The baby boy name Ignacio is pronounced iyG-NAA-THYow (Spanish) or iyG-NAA-SYow (Spanish-Latin American) †. Ignacio has its origins in the Etrusk language, and it is used largely in English, Italian, and Spanish. Ignacio is a variant form of the Dutch and English Ignatius.

A variant of the name is the Latin and Spanish pet form Iggy.

Ignacio is an all-time favorite. At present it is still somewhat popular as a baby name for boys, though it was in more widespread use before. At the peak of its usage in 2001, 0.015% of baby boys were named Ignacio. Its ranking then was #620. The baby name has since dropped out of favor, and is in recent times of only very modest use. In 2018, it ranked at #945 with a usage of 0.011%, but it was nevertheless the most popular out of all boy names in its group. 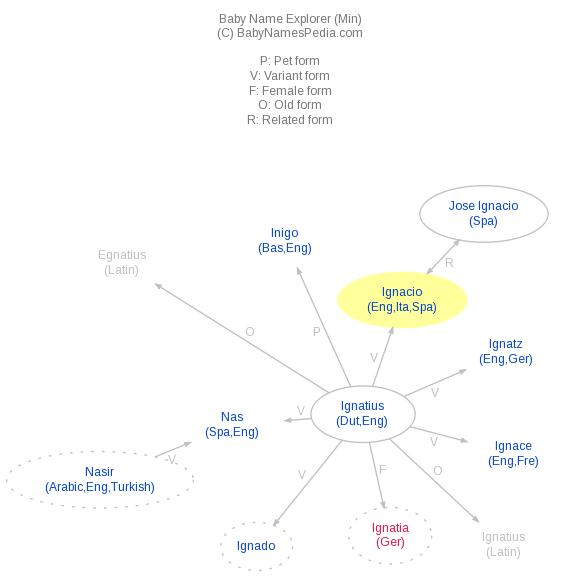