What does Ike mean?

[ 1 syll. i-ke, ik-e ] The baby boy name Ike is pronounced as ayK- †. Ike's language of origin is Hebrew, and it is used mainly in the English and Hebrew languages. The name is of the meaning 'he laughs, laughter'. The name was made known in the 20th century by the US president Dwight Eisenhower (1890-1969), who was given the nickname Ike based on the sound of the prefix in his surname.

In addition, Ike is a pet form (English and Hebrew) of Isaac (English).

Ike is unusual as a baby name for boys. In 1900, 0.040% of baby boys were given the name Ike. Its ranking then was #253. The baby name has since experienced a marked drop in popularity, and is currently of only very modest use. Among the group of boy names directly linked to Ike, Isaac was the most widely used in 2018. 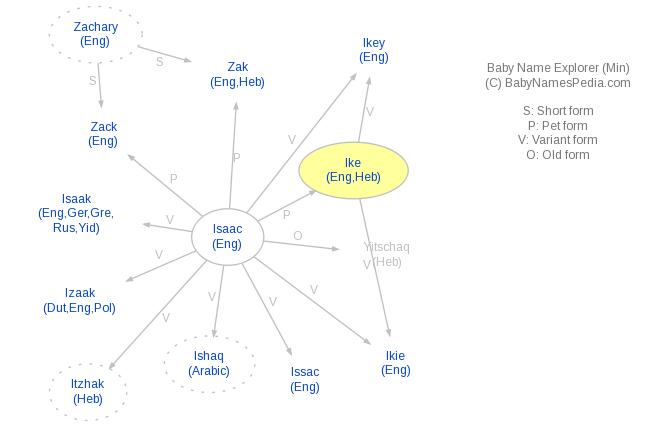