What does Ilana mean?

[ 3 syll. i-la-na, il-ana ] The baby girl name Ilana is pronounced ih-LAA-Naa- †. Ilana has its origins in the Hebrew and Hungarian languages. It is used largely in English, Hebrew, and Hungarian. Hebrew origin: It is derived from the word ilan with the meaning 'tree'. It represents the transferred use of the vocabulary word as a given name.

In addition, Ilana is a form (English, Hebrew, and Hungarian) of the English, Finnish, German, Hungarian, Czech, and Dutch Ilona.

Ilana is the feminine version of the Hebrew Ilan.

Ilana is not often used as a baby girl name. It is not in the top 1000 names. 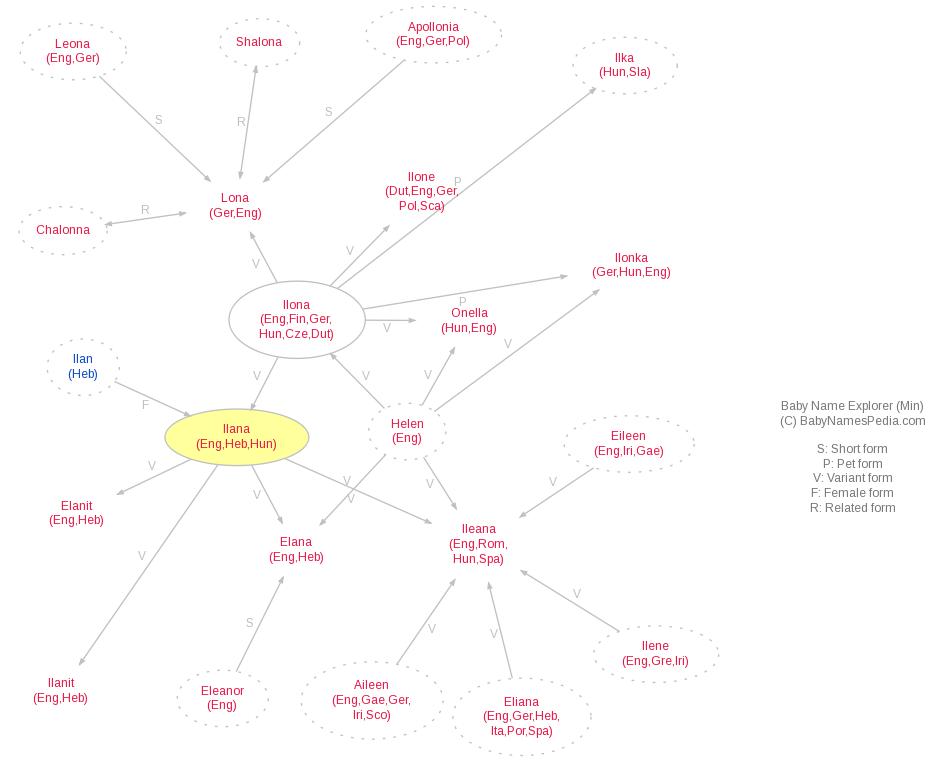