What does Ilir mean?

[ syll. i-lir, il-ir ] The baby boy name Ilir is pronounced as ihL-er †. Ilir's origin, as well as its use, is in the Albanian language. The name is from the Illyrians, broadly referring to an early tribe which inhabited the western Balkans; their activities were last recorded in the 7th century after the disintegration of the Roman Empire. The ethnic name is associated with the Albanian element 'i lirë'.

Variant forms share the origin and meaning of Ilir.

Ilir is not commonly used as a baby boy name. It is not listed within the top 1000. 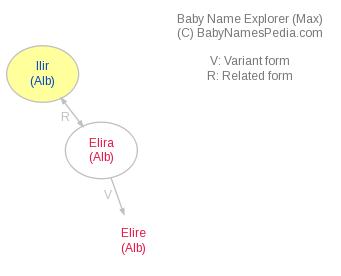