What does Imanol mean?

[ syll. i-ma-nol, im-an-ol ] The baby boy name Imanol is pronounced as AYMAENAAL †. Imanol is used mostly in Basque and it is of Hebrew origin. Imanol is a derivative of the English, German, Portuguese, and Spanish name Manuel.

Imanol is rare as a baby boy name. At the modest peak of its usage in 2006, 0.009% of baby boys were named Imanol. It was #969 in rank then. The baby name has experienced a decline in frequency since then, and is currently used on a very light scale. Out of the family of boy names directly related to Imanol, Manuel was the most regularly used in 2018. 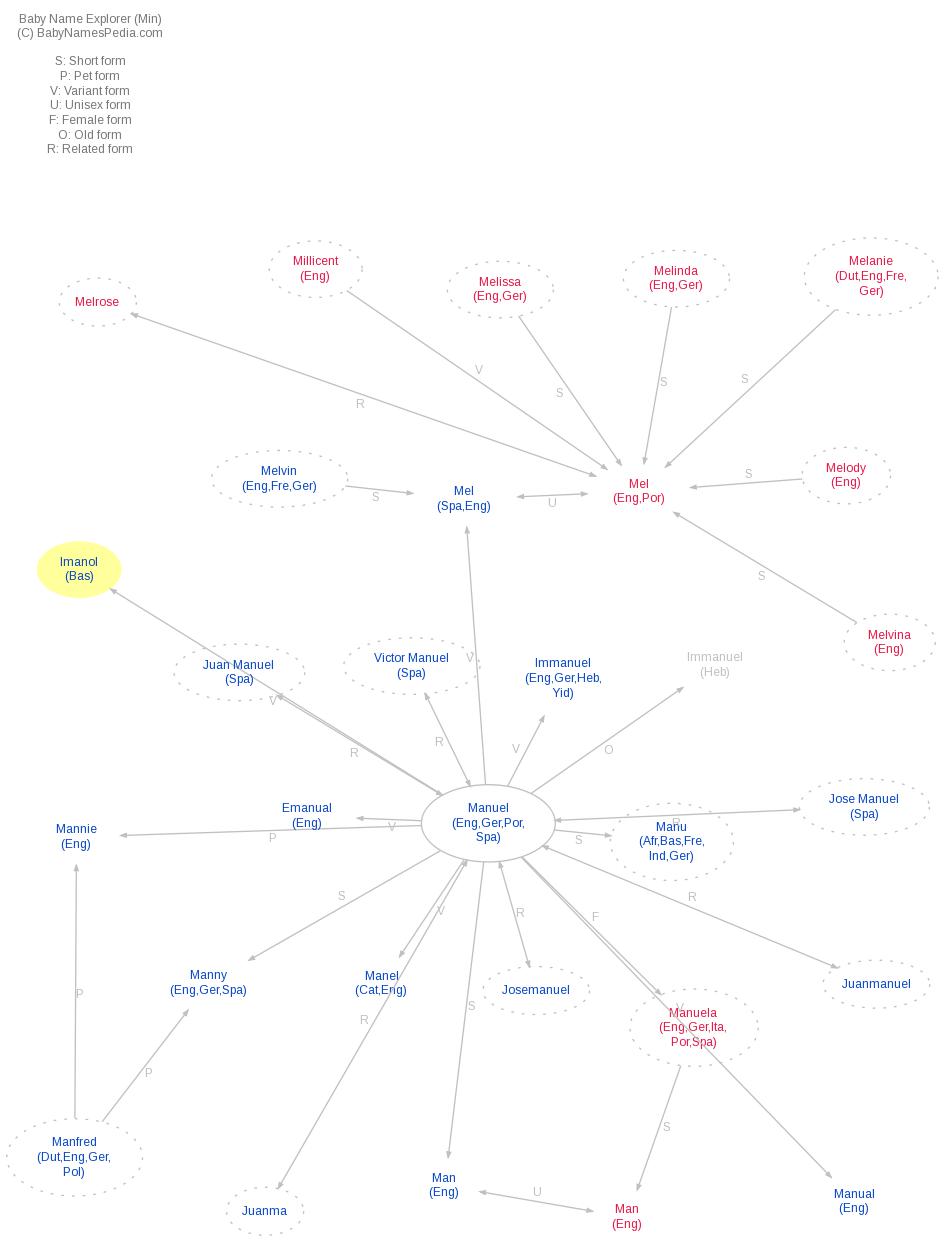