What does Imke mean?

[ 2 syll. im-ke, imk-e ] The baby girl name Imke is pronounced as IH-MKeh- †. Imke is of Germanic origin, and it is predominantly used in the Dutch, German, and Frisian languages. The name originated as a diminutive of Imma, which itself is a byform of Irma.

Imke is a German diminutive form of the English, French, German, Indian, Italian, and Spanish Irma.

Imke is also a Frisian and German diminutive form of the German Irmingard.

A form of Imke is the name Irmin.

Variant forms inherit the origin and meaning of the name Imke.

Imke is an infrequently used baby name for girls. It is not ranked within the top 1000 names. 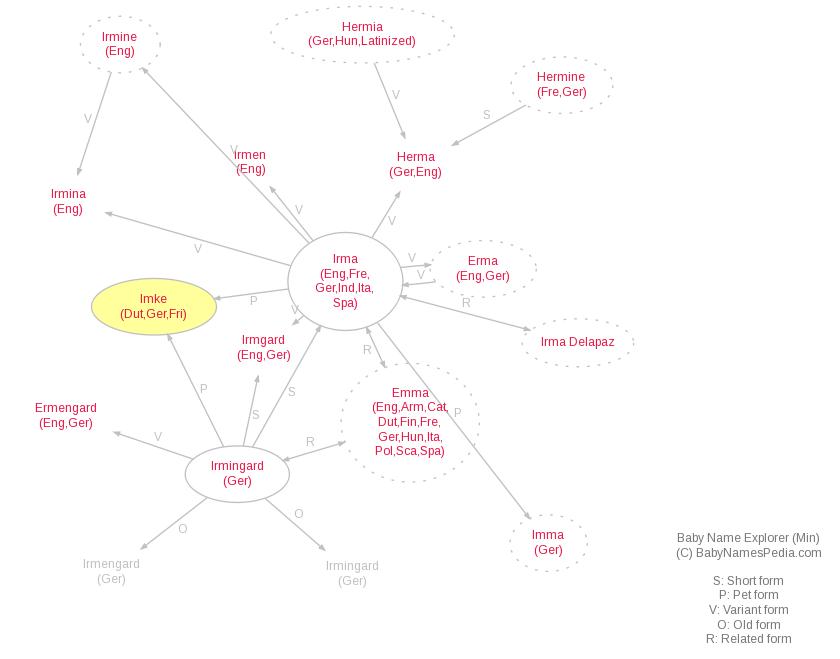