What does Inas mean?

[ 2 syll. i-nas, in-as ] The baby girl name Inas is pronounced as ih-Nah-Z †. Inas is used mostly in Arabic and it is also of Arabic origin. Inas is of the meaning sociability.

The names Inasa, Inass, Inassa, and Inasse are derivatives of Inas.

Inas is not popular as a baby name for girls. It is not in the top 1000 names. 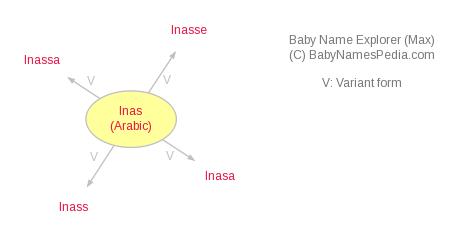