What does Indira mean?

[ 3 syll. in-di-ra, ind-ira ] The baby girl name Indira is pronounced as ahNDIY-Raa- †. Indira is used predominantly in the English and Indian languages. Its origin is Sanskrit. It is derived literally from the word 'indira' which means beauty, splendour. Indira was one of the many names borne by Lakshmi the goddess of wealth, luck, love, and beauty in Hindu mythology. It was also associated with the name of the king of the gods, Indra. In recent times, the name was borne by the Indian Prime Minister Indira Gandhi (1917-84).

Indira is unusual as a baby girl name. It is not listed in the top 1000. 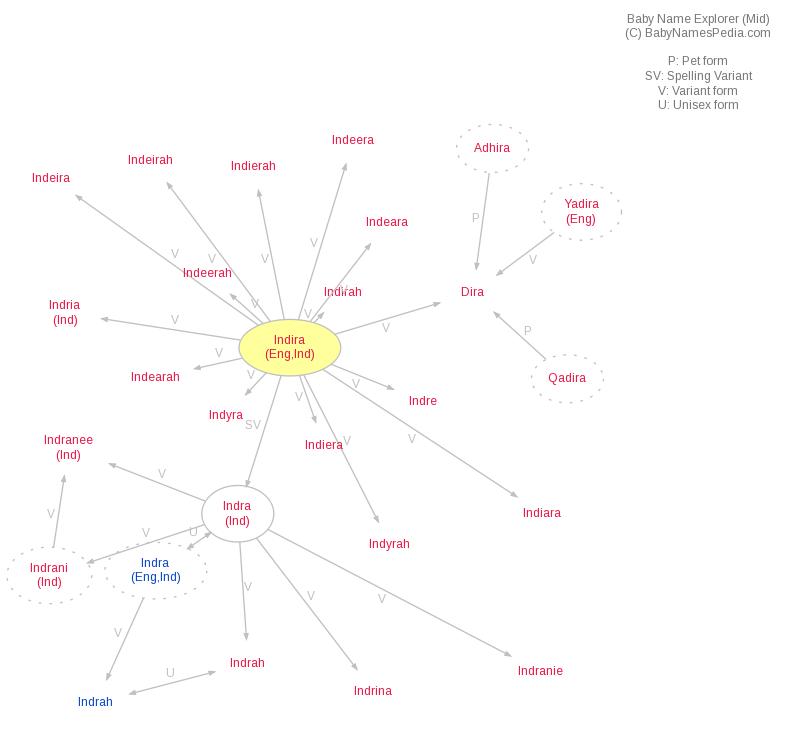