What does Indra mean?

[ 2 syll. in-dra, ind-ra ] The baby boy name Indra is also used as a girl name. Its pronunciation is AHNDRah- †. Indra is used chiefly in the English and Indian languages, and it is derived from Sanskrit origins. The name's meaning is possessing drops of rain. It is derived from the elements 'ind' meaning to drop ; 'ra' possessing. The name was borne by the king of the gods Indra in Hindu mythology, who was also the lord of the rain. It is sometimes used in compound names such as Kavindra, Inderpal, and Inderjit. The name Indrani (Indian) is the female form of Indra.

Indra is rarely used as a baby name for boys. It is not listed in the top 1000 names. 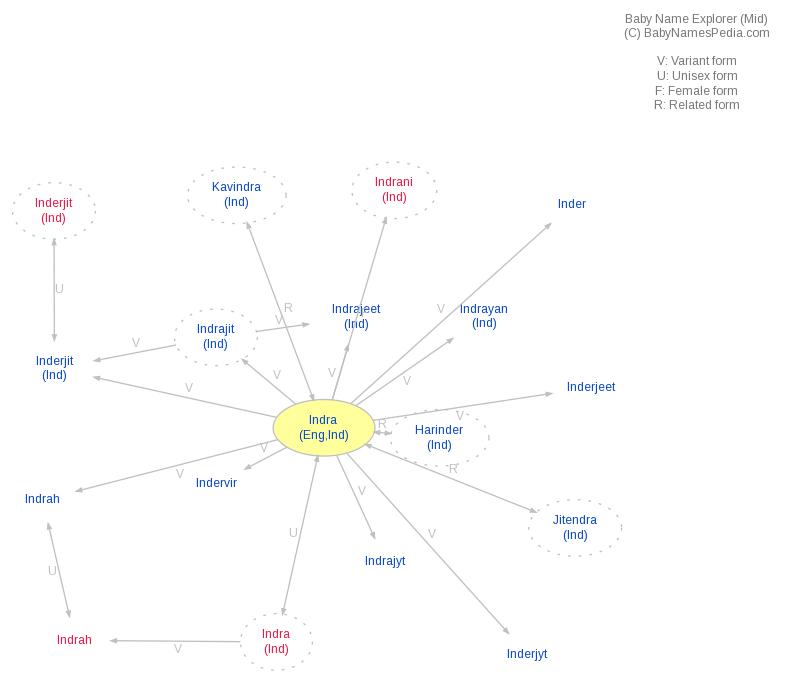