What does Inge mean?

[ 2 syll. in-ge, ing-e ] The baby girl name Inge is also used as a boy name, though it is far more popular for girls. It is pronounced in German as IHNG-Gah †. Inge has its origins in the Old Norse language. It is used largely in Dutch, German, and Scandinavian. The name Inge means 'he who is foremost'. Its meaning is from the word Ing. The name is derived as the short form of Germanic names starting with 'Ing-' in reference to the Norse god Ing. As a feminine name, it is mostly used outside of Sweden and Norway, such as in the countries Germany and Denmark. See Inge for more information.

In addition, Inge is a contracted form (Scandinavian) of the German and Scandinavian Ingeborg.

Inge is also a diminutive (Scandinavian) of the English, German, and Scandinavian Ingrid.

Inge is the feminine version of the German Ingo.

Another form of the name is the German and Scandinavian diminutive Ingela.

Inge is uncommon as a baby girl name. It is not in the top 1000 names. In 2018, among the family of girl names directly related to Inge, Ingrid was the most regularly used. 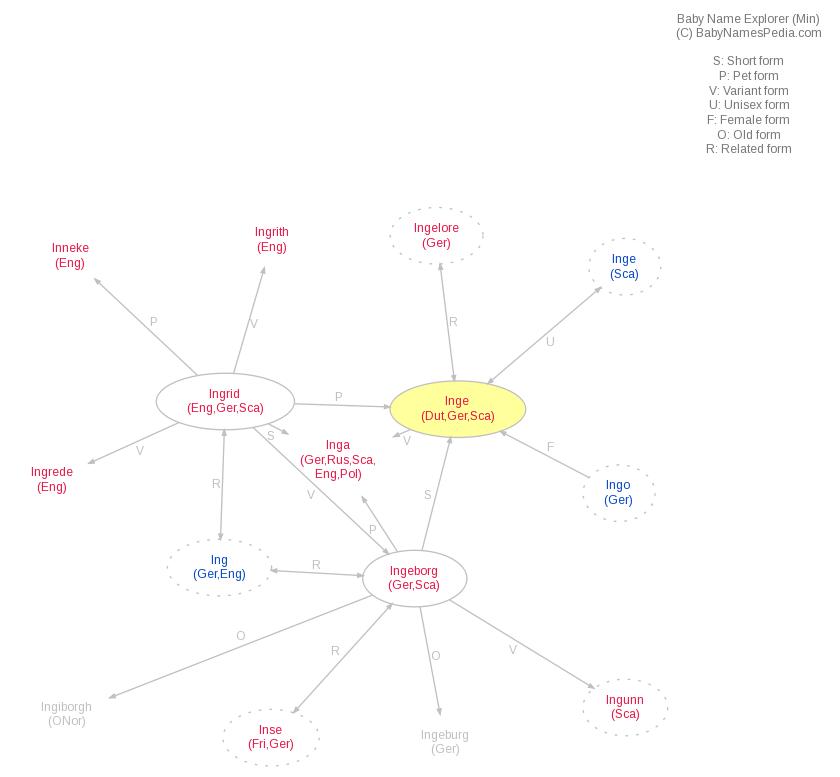