What does Ingo mean?

[ 2 syll. in-go, ing-o ] The baby boy name Ingo is pronounced as IHNG-Gow in German †. Ingo is used predominantly in the German language and its origin is Germanic. Its meaning is derived from the element 'Ing'. The name evolved from the short form of names starting with 'Ing-'. Ing refers to a Germanic god of fertility, who was also known as Ingui or Yngvi. The name Inge (Dutch, German, and Scandinavian) is the female version of Ingo.

Ingo is rarely used as a baby name for boys. It is listed outside of the top 1000 names. 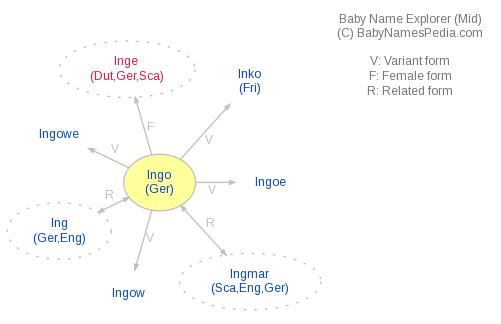