What does Inse mean?

[ syll. in-se, ins-e ] The baby girl name Inse is also used as a boy name. It is pronounced ihNS- †. Inse is of Frisian origin. It is used mainly in Frisian and German. Its meaning is derived from the word Ing. The name developed as a short form of other names starting with the element 'Ing-'. The element Ing refers to a Germanic god of fertility, who was also known as Ingui or Yngvi.

See also the related form, the German and Scandinavian Ingeborg. 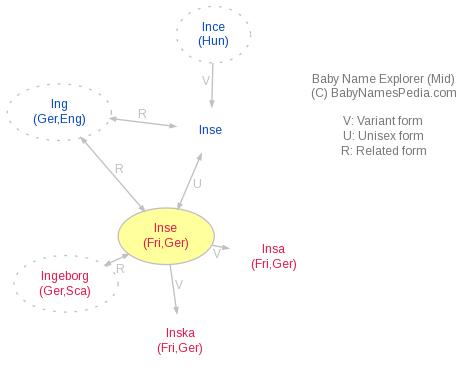