What does Iola mean?

[ 3 syll. io-la, iol-a ] The baby girl name Iola is pronounced as -ay-OW-Laa- †. Iola is used chiefly in the English and Welsh languages. Its origin is Old Greek. Iola is a variant of the name Iole (English and Italian).

Iola is a rare baby girl name. At the modest peak of its usage in 1907, 0.050% of baby girls were given the name Iola. It was #265 in rank then. The baby name has suffered a steep fall in popularity since then, and is today of infrequent use. Out of all girl names in its family, Iola was nonetheless the most commonly used in 2018. 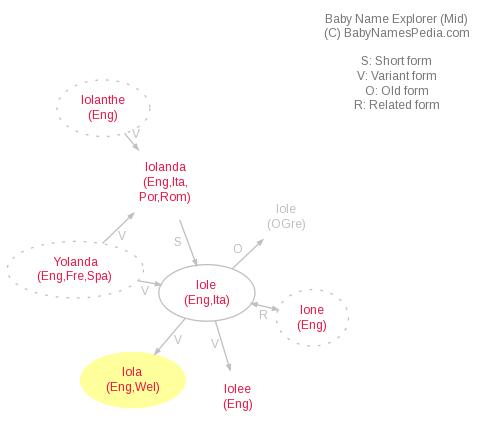