What does Iolanthe mean?

[ 4 syll. io-lan-(t)he, iol-an-the ] The baby girl name Iolanthe is pronounced as ay-ah-LAEN-THiy (English) or ay-ow-LAAN-THey †. Iolanthe is used predominantly in the English language and its origin is Old Greek. The name appears to be a relatively recent coinage first used during the period of enthusiasm for flower names in the late 19th century. It was then also made popular by Gilbert and Sullivan in their comic opera Iolanthe (1882).

In addition, Iolanthe is a variation (English) of the name Yolanda (English, French, and Spanish).

The origin and thus the meaning of Iolanthe is inherited by all variant forms.

Iolanthe is not regularly used as a baby name for girls. It is not listed in the top 1000 names. 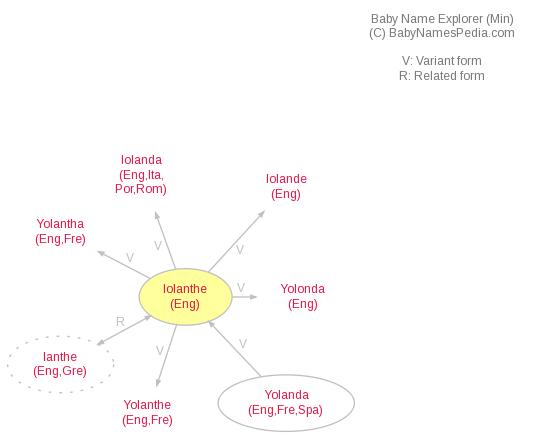