What does Ionn mean?

[ syll. ion(n), io-nn ] The baby boy name Ionn is pronounced as ayaaN- †. Ionn has its origins in the Old Greek language.

Ionn is a variant of Ian (English, Scottish, and Gaelic).

Ionn is also a variant of Ion (Basque and Romanian).

Ionn is uncommon as a baby name for boys. It is listed outside of the top 1000 names. In 2018, among the group of boy names directly related to Ionn, Ian was the most frequently used. 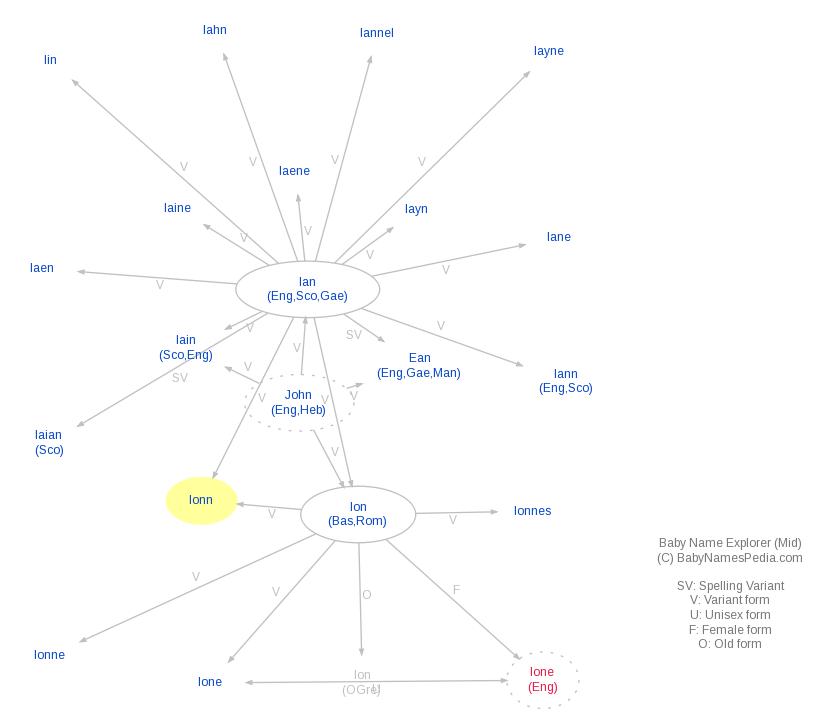