[ 4 syll. ip-hi-ge-nie, iph-igen-ie ] The baby girl name Iphigenie is pronounced ih-Fih-GEH-Niy- †. Iphigenie is of Old Greek origin, and it is predominantly used in the French and German languages. The name's meaning is 'born strong'. It is derived from iphi meaning 'strong' ; gon 'corner, bend, angle'. Iphigeneia (Old Greek) is an old form of Iphigenie. The name was borne in Greek mythology by the daughter of Agamemnon, who was taken by Artemis to be a priestess; she later became the wife of Achilles.

In addition, Iphigenie is a variant of Iphigenia (Greek) in the French and German languages.

Iphigenie is an infrequently used baby name for girls. It is not listed in the top 1000 names. 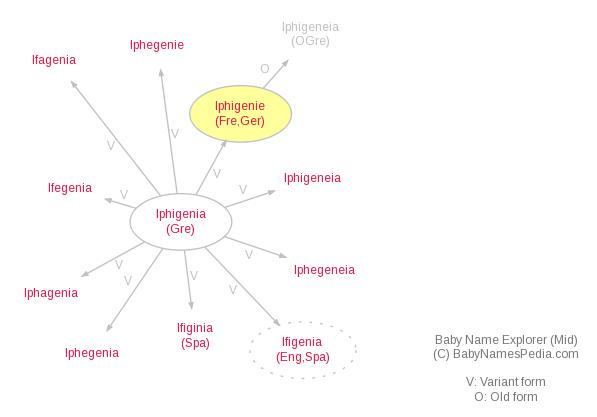