What does Iris mean?

[ 2 syll. i-ris, ir-is ] The baby girl name Iris is pronounced in English as AY-RihS or in Dutch and German as IY-RihS †. Iris is of Old Greek origin. It is used mainly in Dutch, English, and German. It is derived literally from the word iris with the meaning 'rainbow'. The name was borne in Greek mythology by the personification of the rainbow and messenger of the gods. Iris is also a genus of flowering plants named after the rainbow. The first name was adopted by English speakers in the 16th century as a flower name, and also in reference to the sphincter around the pupil of the eye, which is named for its myriad of colors. The first name later enjoyed an increase in use during the late 19th century vogue for flower and plant names.

Iris is popular as a baby girl name, and it is also perceived as trendy. The name's popularity has been growing since the 1900s; before that, it was of only modest use. Its usage peaked recently in 2018 with 0.114% of baby girls being named Iris. It was #138 in rank then. Among all girl names in its family, Iris was the most regularly used in 2018. 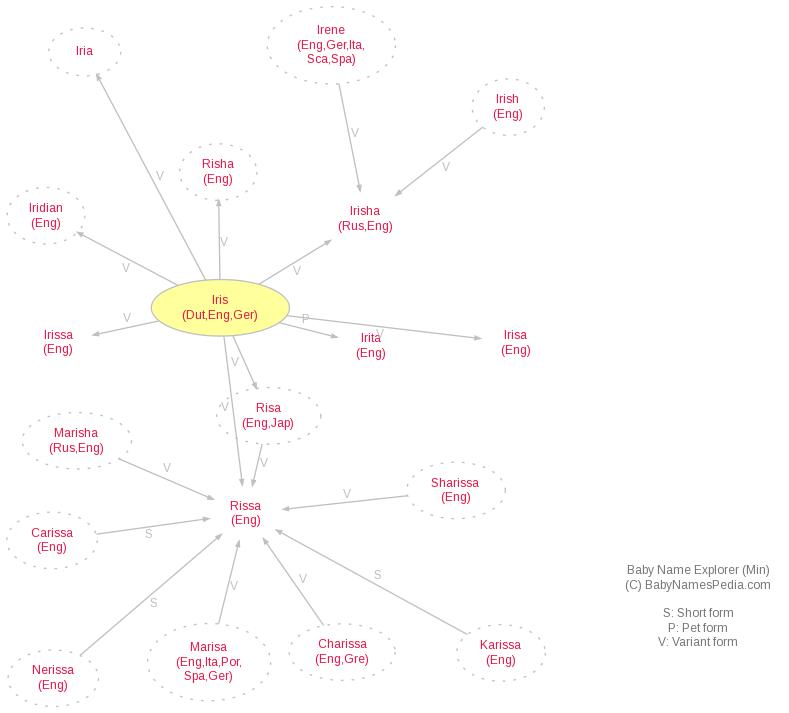