What does Irvin mean?

[ 2 syll. ir-vin, irv-in ] The baby boy name Irvin is pronounced ER-VihN †. Irvin is of Germanic, Celtic, and Old English origin. It is used mainly in English and Scottish. The name is derived from the surname, which is itself from Irving or Irwin.

In addition, Irvin is a derivative (English) of the Czech, Dutch, English, and German Erwin.

Irvin is also a shortening of the English and Scottish Irving.

Irvin is also a derivative of the English Irwin.

The origin and meaning of the name Irvin is inherited by all variant forms.

Another derivative of the name is the shortening Irv.

Irvin is rare as a baby boy name. At the modest peak of its usage in 1913, 0.079% of baby boys were named Irvin. It had a ranking of #165 then. The baby name has markedly dropped in popularity since then, and is currently used only on a very light scale. Out of all boy names in its family, Irvin was nevertheless the most regularly used in 2018. 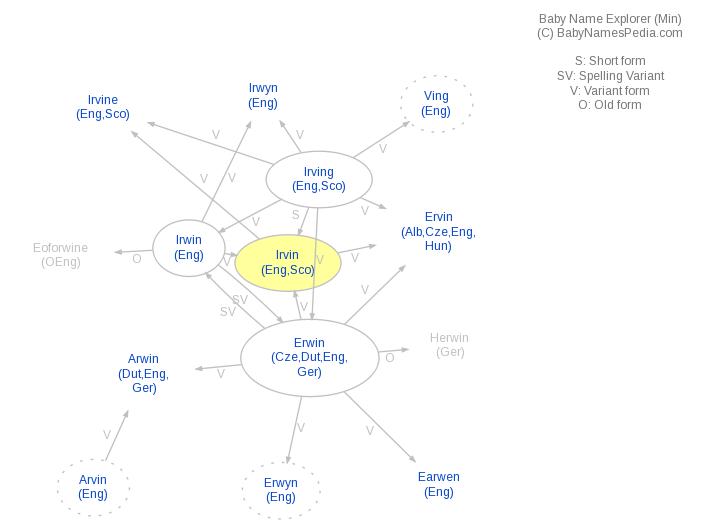