What does Isaiah mean?

[ 3 syll. i-sa-iah, is-ai-ah ] The baby boy name Isaiah is pronounced ay-ZAY-ah or ay-ZEY-ah in English †. Isaiah's origin is Hebrew, and its use, English and Hebrew. The meaning of the name is 'Yahweh is salvation'. It is a biblical name derived from sha meaning 'to help, to deliver' ; yahweh 'name of God'. Yeshayah (Hebrew) is an older form of Isaiah. The name was borne by a major prophet in the Bible who lived in the 8th century BC. The name was first adopted by English Puritans in the 17th century, but it was not very common. The name is today mainly used by Jews. 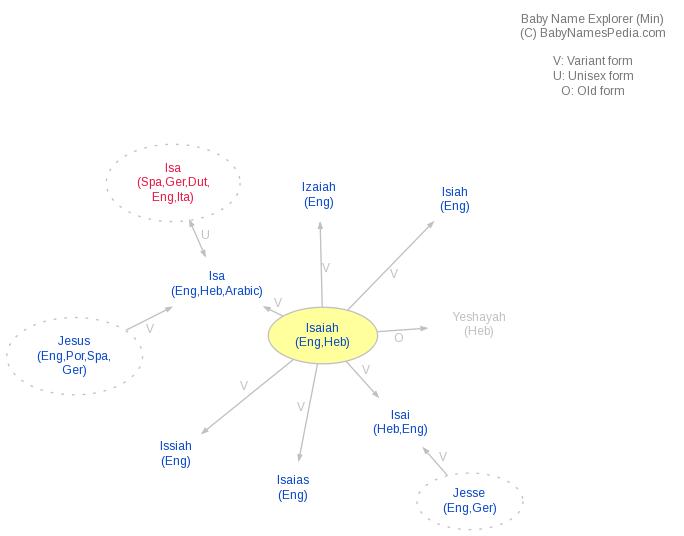