What does Ishmael mean?

[ 3 syll. is-hmae(l), ish-ma-el ] The baby boy name Ishmael is pronounced in English as IH-SH-Mey-ahL or IH-SH-Miy-ahL †. Ishmael is largely used in the English and Spanish languages. It is derived from Hebrew origins. The name means God will hear. A biblical name, it is derived from the words 'shama' meaning to hear ; 'el' God, powerful. Yishmael (Hebrew) is an original form of Ishmael. The name was borne in the Bible by the first son of Abraham, who was conceived by Hagar the maidservant of his barren wife. The name was adopted on a light scale by English speakers in the 19th century. The name has been more popular in the Islamic world as the form Ismail, as the Arabs view Ishmael as their traditional ancestor.

Ishmael is an unusual baby boy name. Its usage peaked modestly in 1997 with 0.008% of baby boys being given the name Ishmael. It had a ranking of #902 then. The baby name has declined in popularity since then, and is now of infrequent use. In 2018, among the family of boy names directly linked to Ishmael, Ismael was the most commonly used. 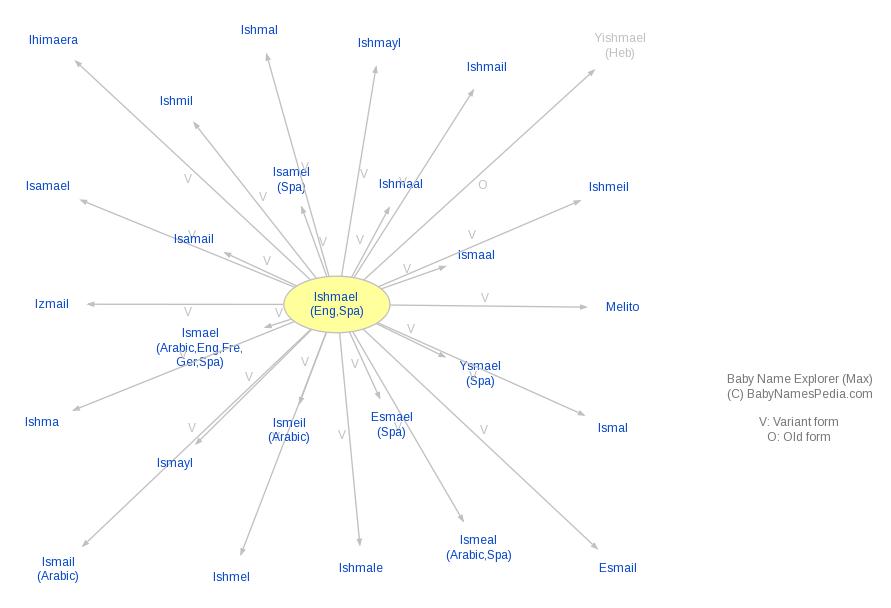