What does Isolde mean?

[ 3 syll. i-sol-de, is-o-lde ] The baby girl name Isolde is pronounced in English as ih-SOWL-Dah or ih-ZOWL-Dah or in German as iy-ZAOL-Dah †. Isolde is of unknown origin, and it is used largely in English and German. The name could be from Essylt (Old Irish), or else from the Iseult (Old French) or Yseult (Old French), which mean 'beautiful, fair' in Celtic. It could also be from Isvald (Germanic), of the elements for 'ice' and 'rule'. The name was common with English speakers in the Middle Ages. The name was borne by the ill-fated Irish princess and mistress of Tristram in Arthurian legend. The story has substantially influenced Western art and literature since its appearance in the 12th century, and it has been retold in the Wagner opera Tristan and Isolde (1865) among many other famous works.

The name Isolde is used to a great extent; it has 23 derivatives that are used in English and foreign languages. English derivatives include Eseld, Isault, Iseult, Iseut, Isolad, Isold, Isolda, Isolt, Isolte, Isota, Isotte, Isoud, Isoude, Izett, Izolde, Solde, Yseult (also used in German), Yseut, and Ysolda. Another English form is the spelling variant Ysolde. Derivatives of Isolde used in foreign languages include the Welsh Esyllt, the Italian Isolina, and the Italian Isotta.

Isolde is not popular as a baby name for girls. It is not in the top 1000 names. 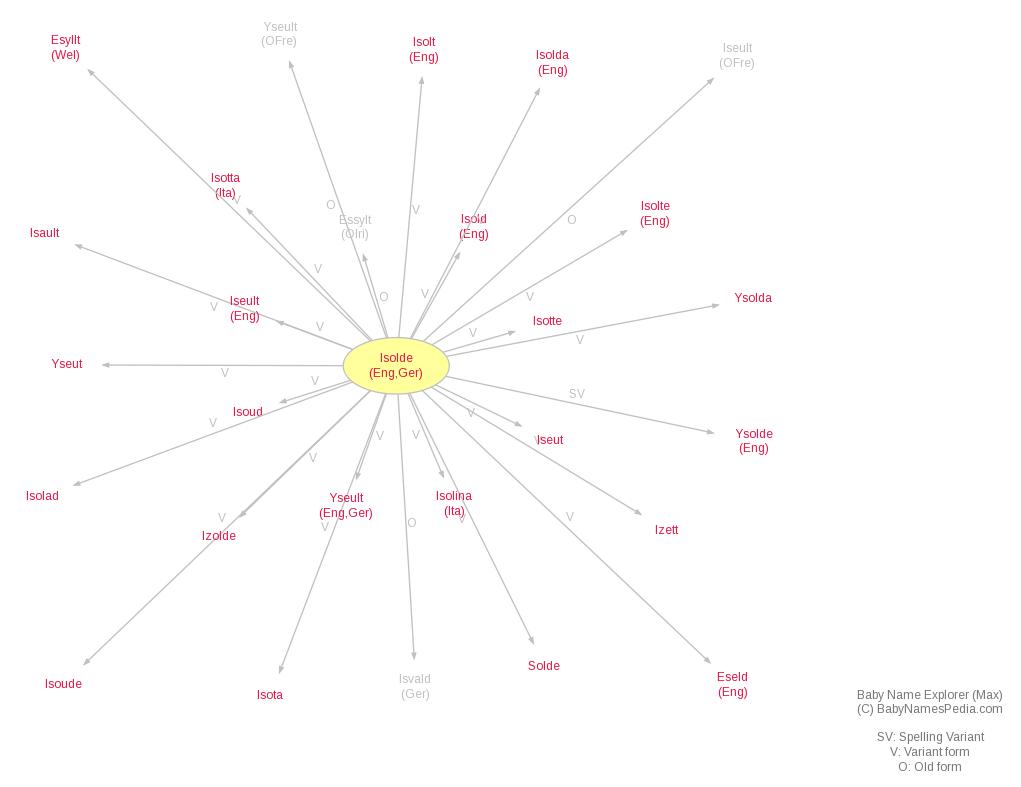