What does Ivan mean?

[ 2 syll. i-van, iv-an ] The baby boy name Ivan is pronounced as AY-VahN (English) or iy-VAAN (Russian) †. Ivan is used chiefly in the Belorussian, Czech, English, Russian, Slavic, and Ukrainian languages, and it is derived from Hebrew origins. The name developed from Ioan (Old Slavic), which was a derivative of Ioannes (Old Greek). It was borne by six rulers of Russia, notably Ivan III (Ivan the Great, 1440-1505) and Ivan IV (Ivan the Terrible, 1530-1584).

The name Ivana (Czech, Russian, Slavic, and Italian) is the female form of Ivan.

Variant forms share the origin and thus the meaning of Ivan. 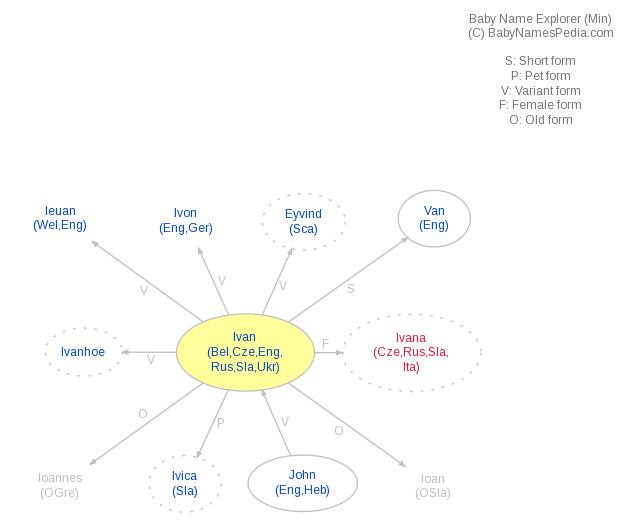