What does Ivory mean?

[ 3 syll. i-vo-ry, iv-ory ] The baby girl name Ivory is also used as a boy name, though it is slightly more popular for girls. It is pronounced as AYVah-Riy- †. Ivory has its origins in the English language and it is also used largely in English. Its meaning is derived literally from the common word ivory. See Ivory for more information.

Ivory is rather popular as a baby girl name, and it is also perceived as rather trendy. The name has been growing in popularity since the 2010s. Its usage peaked recently in 2018 with 0.025% of baby girls being named Ivory. It was #639 in rank then. Among all girl names in its family, Ivory was the most frequently used in 2018. Although Ivory is somewhat used more commonly as a baby girl name today, there was a period prior to 1979 that it was more popular with boys. After 1982, increasingly the name became more popular with baby girls than with boys. 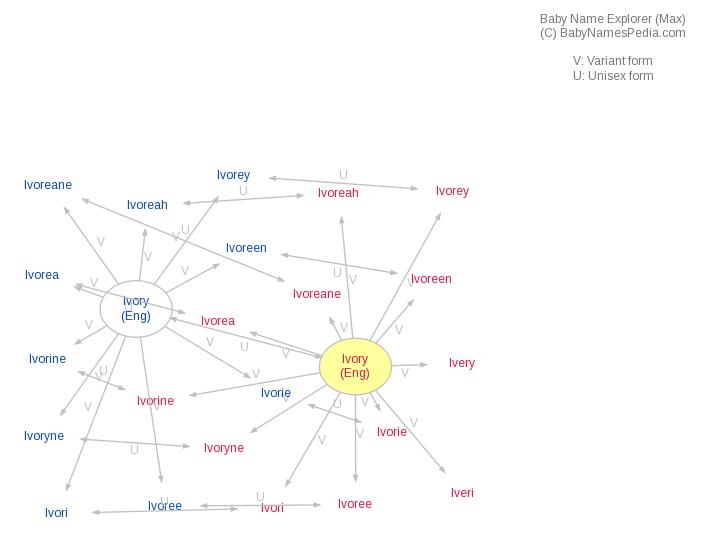