What does Jacinta mean?

[ 3 syll. ja-cin-ta, jac-i-nta ] The baby girl name Jacinta is also used as a boy name. It is pronounced HHaa-THIYN-Taa in Spanish or HHaa-SIYN-Taa in Spanish-Latin American †. Jacinta has its origins in the Old Greek language. It is used largely in Spanish and English.

In addition, Jacinta is a form (Spanish) of the English Hyacinth.

Jacinta is the feminine version of the Portuguese, Spanish, and English Jacinto.

Jacinta has 14 forms that are used in English and foreign languages. English forms of the name include Jacent, Jacenta, Jacinda, Jacintah, Jacynta, Jazinta, and Jocinda. Another English form is the spelling variant Juscinta.

Jacinta is not often used as a baby girl name. It is not in the top 1000 names. 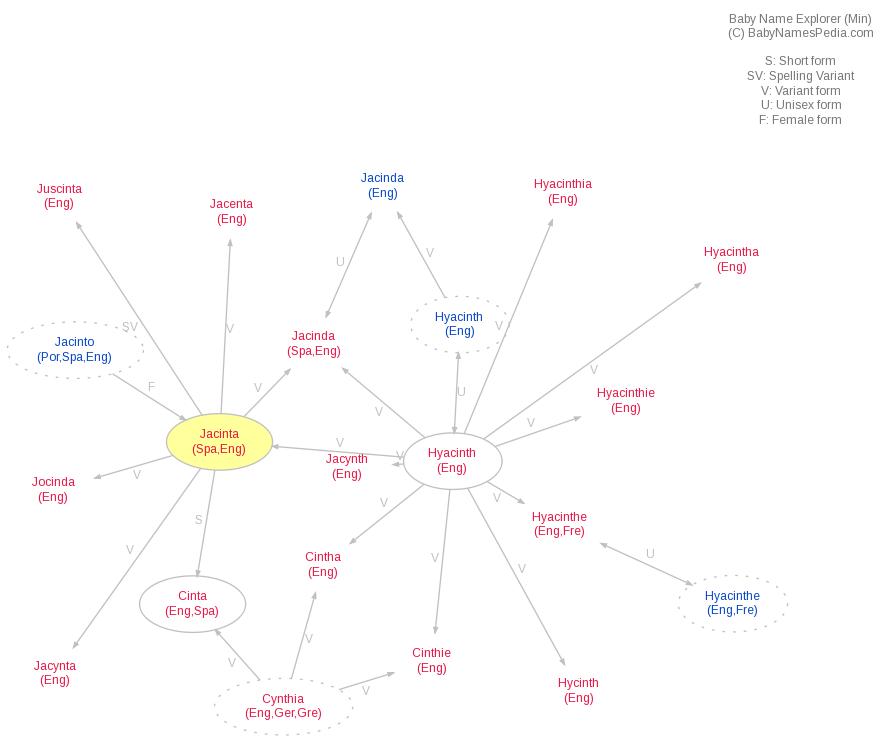