What does Jackson mean?

[ 2 syll. jac-(k)son, ja-cks-on ] The baby boy name Jackson is sometimes used as a girl name. It is pronounced as JHAHKSahN †. Jackson is largely used in the English language and it is also derived from English origins. Its meaning is derived from the element 'son'. The first name is from the English surname meaning 'son of Jack'. The first name was adopted in the 19th century on a modest scale; in the USA, it was promoted by the popularity of the President Andrew Jackson (1767-1845) and the Confederate general Thomas Jonathan 'Stonewall' Jackson (1824-63).

Jackson is an English variant of the name Jack (English and Dutch).

Jackson is a very popular baby name for boys. The name's popularity has been growing since the 1960s. Its usage peaked in 2013 with 0.624% of baby boys being given the name Jackson. Its ranking then was #16. In 2018, its usage was 0.535% and its ranking #17, and it was the most popular among all boy names in its group. In 2018, Jackson was used 17% more than the next ranked name, Jack. In the past century Jackson has predominantly been a baby boy name. 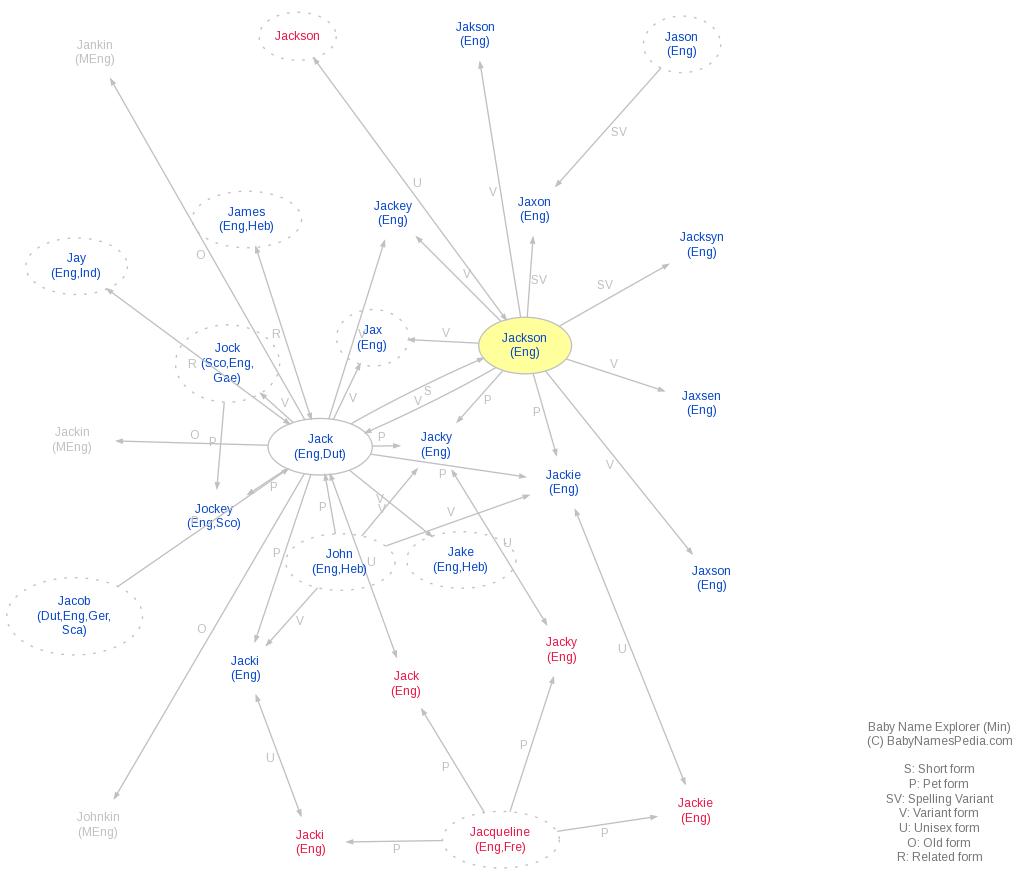