What does Jacoby mean?

[ 3 syll. ja-co-by, jac-oby ] The baby boy name Jacoby is pronounced JHAHK-ow-Biy-, YaaKOWBay or YaaKOWBiy- †. Jacoby has its origins in the Hebrew language, and it is used largely in Hebrew and English. The name is probably from a surname derived from the first name Jacob.

Jacoby is a variation (Hebrew) of Jacob (Dutch, English, German, and Scandinavian).

The origin and thus the meaning of Jacoby is inherited by all variant forms. 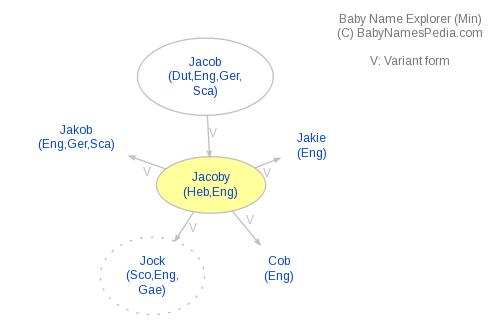