What does Jaden mean?

[ 2 syll. ja-den, jad-en ] The baby girl name Jaden is also used as a boy name, with the latter form being far more popular. It is pronounced JHEY-DehN †. Jaden has its origins in the Spanish and English-American languages. It is used largely in English. The form Jayden was recently chosen by the pop singer Britney Spears for her second baby (2006-). See Jaden for more information.

In addition, Jaden is a form (English) of the English and French Jade.

Jaden is rare as a baby girl name. At the modest peak of its usage in 2003, 0.072% of baby girls were named Jaden. It was #228 in rank then. The baby name has suffered a substantial drop in frequency since then, and is currently of only sporadic use. In 2018, out of the family of girl names directly related to Jaden, Jade was the most popular. Jaden has primarily been a boy name in the last century. In 2011, 14 times more boys than girls were given the name Jaden. 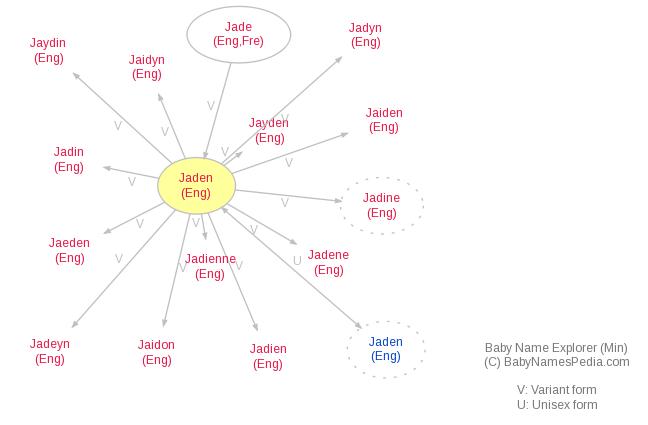