What does Jadon mean?

[ 2 syll. ja-don, jad-on ] The baby boy name Jadon is also used as a girl name, but it is much more common for boys. Its pronunciation is JHAA-DahN or JHEY-DahN (English) †. Jadon is used chiefly in the English language, and its origin is English-American and Hebrew. Hebrew origin: A biblical name, it is derived from the element 'yadown' which means thankful. The name was borne in the Bible by Jadon the Meronothite, one of the builders of the wall of Jerusalem.

Jadon is a variant of the name Jaden (English).

Jade (diminutive form) and Jad (contraction) are other variants of Jadon.

Jadon is rare as a baby name for boys. At the modest peak of its usage in 2006, 0.035% of baby boys were given the name Jadon. It ranked at #398 then. The baby name has since dropped out of favor, and is today of infrequent use. In 2018, out of the group of boy names directly linked to Jadon, Jayden was the most popular. Jadon has mostly been a baby boy name in the past century. 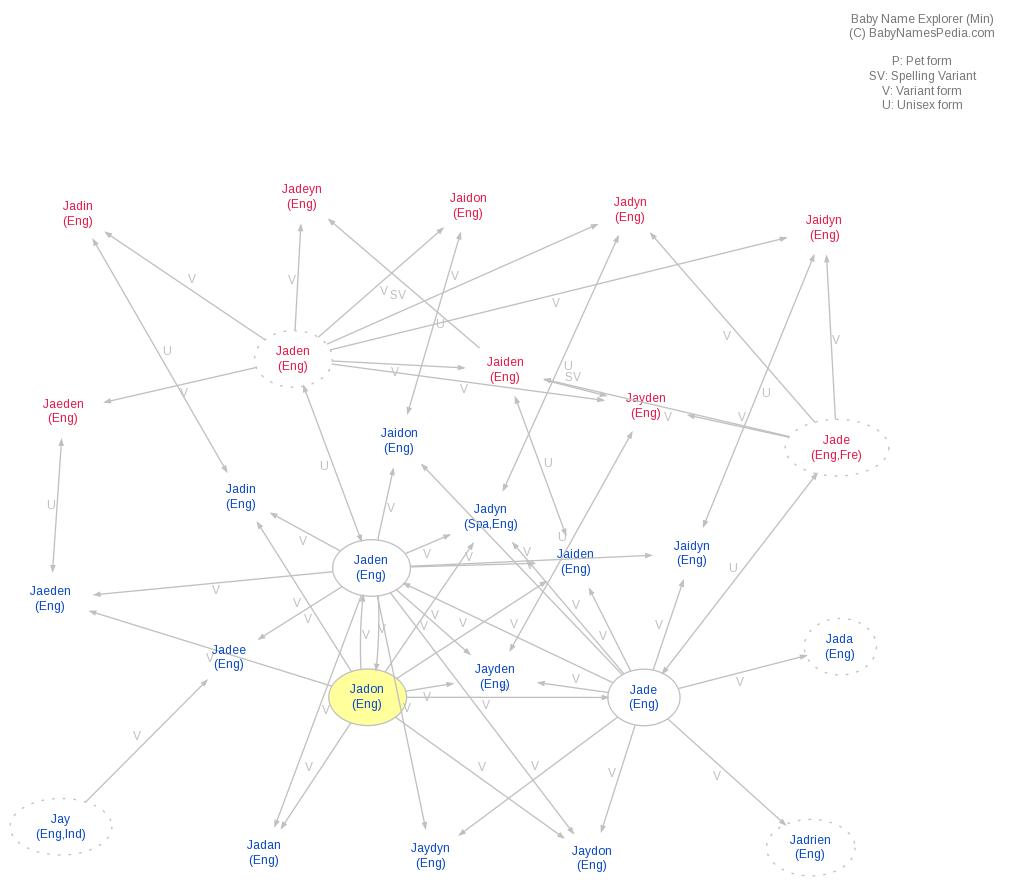