What does Jael mean?

[ 1 syll. jae(l), ja-el ] The baby girl name Jael is also used as a boy name, with the latter form being far more popular. It is pronounced JHEYL or JHEY-ahL in English †. Jael's origin is Hebrew, and its use, German. It is a biblical name derived from the word yael with the meaning 'mountain goat'. The name was borne in the Bible by Yael, or alternatively Jael, a heroine in the Book of Judges who killed the Canaanite general Sisera to deliver Israel from the troops of king Jabin. The name has been popular with Jews into modern times.

Jael is not often used as a baby girl name. It is not in the top 1000 names. In the last century Jael has mainly been a boy name. 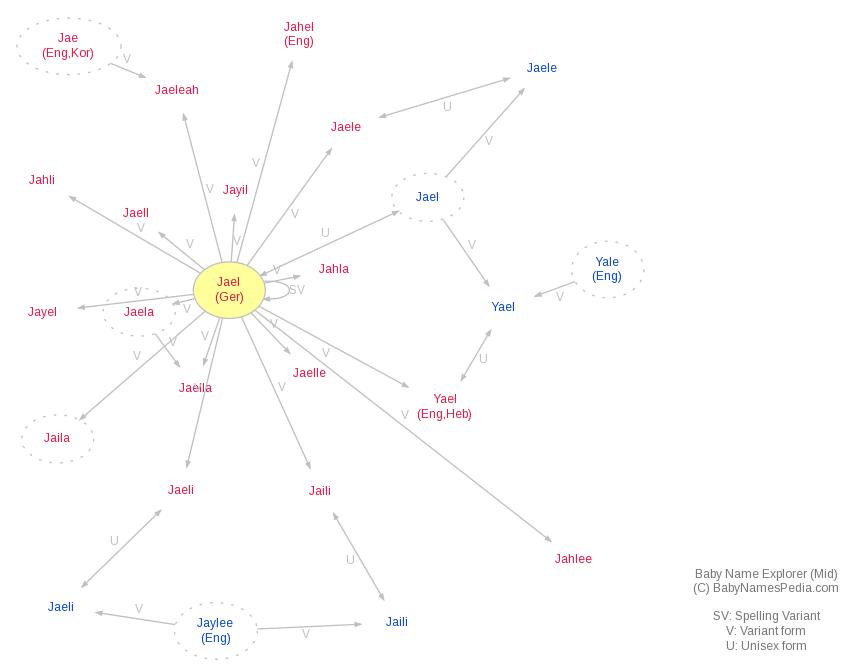